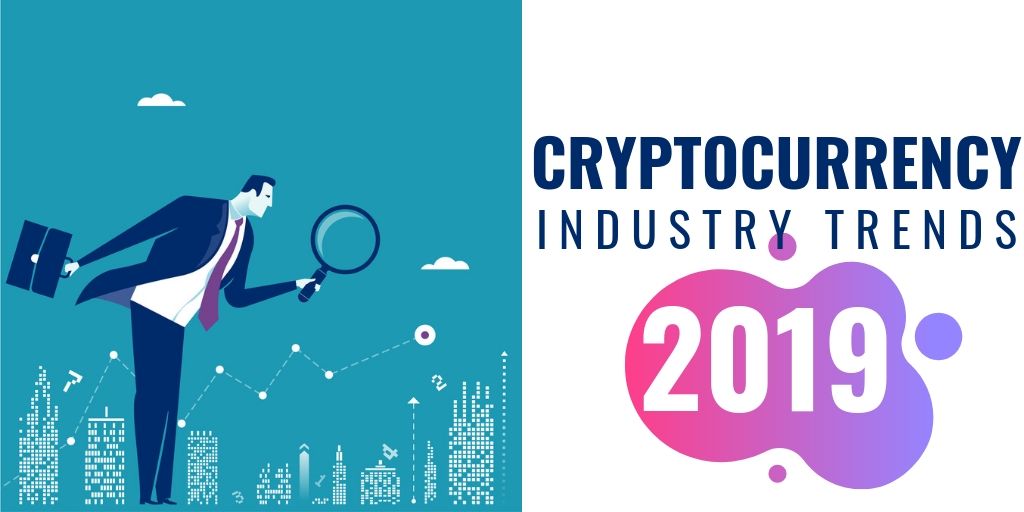 We could declare that the last two year of cryptocurrency were brought up a massive growth and were successful years so far. Industry leaders predict that the 2019 will be the year of action. Yes, the year  2018, and the previous year 2017 were phenomenon years, in which we were experienced a lot of changes, lot of regulations, a lot of banning, lot of hackings,  a  bunch of new  cryptocurrencies arrival and most notably the success of ICO’s . Apart from the above everything bitcoin price were surged to $10000 for the first time.  It is unbelievable! Yep!! No one has expected that the bitcoin price would touch such a great price.

For your information I would like to say the price of bitcoin in 2016 and before.

The price of single bitcoin was just $800 and below, but now it have grown like a big giant with huge price, and have become the world’s costliest digital asset.

Al right, hope I have given you a short recap about the cryptocurrency industry. And I could able to understand that you are anxiously waiting to know “what will be the price of a bitcoin in 2019?” Right??  Lets us discuss everything in detail below.

How will be the cryptocurrency industry in 2019?

As we have entered in to the final quarter of 2018, it is very important to know that what will be the trends of 2019.  We should bring some predictions and forecasting’s to face the next business year of cryptocurrency.

First of all I would like to say that,

“This 2019 is gonna bring a lot of exciting changes and innovations in cryptocurrency industry.”

The past two years were rolled out under the “Proof-of – Concept” which have bring us a lot of ideas and plans. But, 2019 will be the year of action, that would execute and materialize the business model which have invent in the past years.  So it is clear that 2019 will revolve around the “proof-of-work” concept.

Under the following categories we have declared and forecasted the 2019 cryptocurrency industry trends, Check it up below.

3. Top 10 Cryptocurrencies that would be recognized in2019

4. There will be a huge increase in cryptocurrency Startups

Every traders and investors mind will be tired of knocking this question, what will the price of bitcoin in 2019 ?.
It is impossible to predict the exact price of bitcoin in 2019, but based on the industry analysis, and with the basic guess we could develop some predictions.  It will be very trustworthy to hear the bitcoin price from the mouth of experts rather than bitdeal saying it. So! Let’s see what experts are predicting about the bitcoin price in 2019.

Dany scott  - CEO of coin corner explored his opinion about cryptocurrency . He says, that the cryptocurrency industry is growing at a healthy rate, and he predicts that the bitcoin price would level around $15,000 by the end of December 2018.

Kyle Asman, The CO- Founder of BX3 Capital, he is believing that the bitcoin price will hover around $24500 by the 1st of January 2019.

Kyle Fournier, Crypto Analyst of CryptoManiaks ,  predicts that the bitcoin price would rolled around $10000 by the start of 2019. And also by mentioning the tweet of Vitalik buterin, he claim that bitcoin would climb back up gradually.

Collin browns, CO- Founder of Market Protocol Predicts that the BTC price would grab $14,000 in 2019.

Alexander, CEO of Waves stated that to bring mass adoption of cryptocurrency, banks and cryptos need to bridge together

The Founder of SkyCoin, Mr. Brandon Smyth believes that the mass adoption of cryptocurrency is possible in 2019 and it would require regulating few real coins and making it eligible to trade via major crypto exchanges.

EOS is  an all new cryptocurrency which is now started to show its rage on cryptocurrency industry . EOS.IO is a Blockchain protocol which is specially made for decentralized applications and which is powered by the new cryptocurrency EOS.  EOS facilitates the transaction of dapps through smart contracts in order to bring transparency and trust in cryptocurrency eco system.  It brings up a new type of account management strategies, authentication and other features inorder to complete millions of transaction per seconds .

As far as we researched EOS could eliminate user fees and could deploy the decentralized applications. EOS enable the ethereum developers to quickly switch over the entire ethereum projects in to EOS just by copying and pasting.
EOS Blockchain protocol could have the full potential to roll out the entirely new Blockchain technology. But the truth is EOS is still under development, but soon  in 2019 this will come live, and will shine like a start in cryptocurrency space.

Top Cryptocurrencies that would go big in 2019

By understanding the future trends and pricing analysis we predicted that the following cryptocurrencies will be on top of the list 2019.

It is impossible to neglect the rise of cryptocurrency startups,  industry experts predicted that the industry could rise aggressively in all branches of the network it includes trading, ICO, Mining, smart contracts, Decentralized applications,  Token regulations, new coin creation and etc.. So the companies and firm which provides services and products on behalf of cryptocurrencies will large themselves. And also there will be a 33% of growth of new cryptocurrency startups when compared to previous years

So it is clear that 2019 is not gonna fool us, it will be a more promising year for both B2B, and B2C Cryptocurrency Starutps.

ICO’s will now boosted through STO’s

The book of cryptocurrency has filled with a limited number of pages which describes about ICO’s. Because ICO’s have gained a huge hike as soon as it introduced, but in very soon, it lost the market because of some ICO spammer and some regulation pushed all around the globe.

ICO’s are not entirely went out of the market, it remains in its unique place, But the arrival of STO’s will give a new life to ICO’s. STO’s are known as security token offerings, which would consider as the legal entity of an ICO crowd funding programs, So that the investors can’t be fooled if they own the security tokens.

So as far we have discussed the 2019 is gonna be a another successful year, but we should prepare our mind that anything could happen in next year. Because based on the forecasts we could not completely predict that the industry will always gain a growth ratio. Up’s and Down’s are common. Let us believe that 2019 will do a favor for us.

Blockchain Technology will trend in 2019 and beyond 2020 too

Blockhain will bring more effective changes in 2019, and especially this prodigious ledger technology would change several corporate industries. Which include banking , SCM, Telecom, and more…
Lets dicuss the growth of Blockchain technology in upcoming articles

How bitdeal will support you in 2019?