Bitcoin fork a civil war that concluded with a cryptocurrency called bitcoin cash! 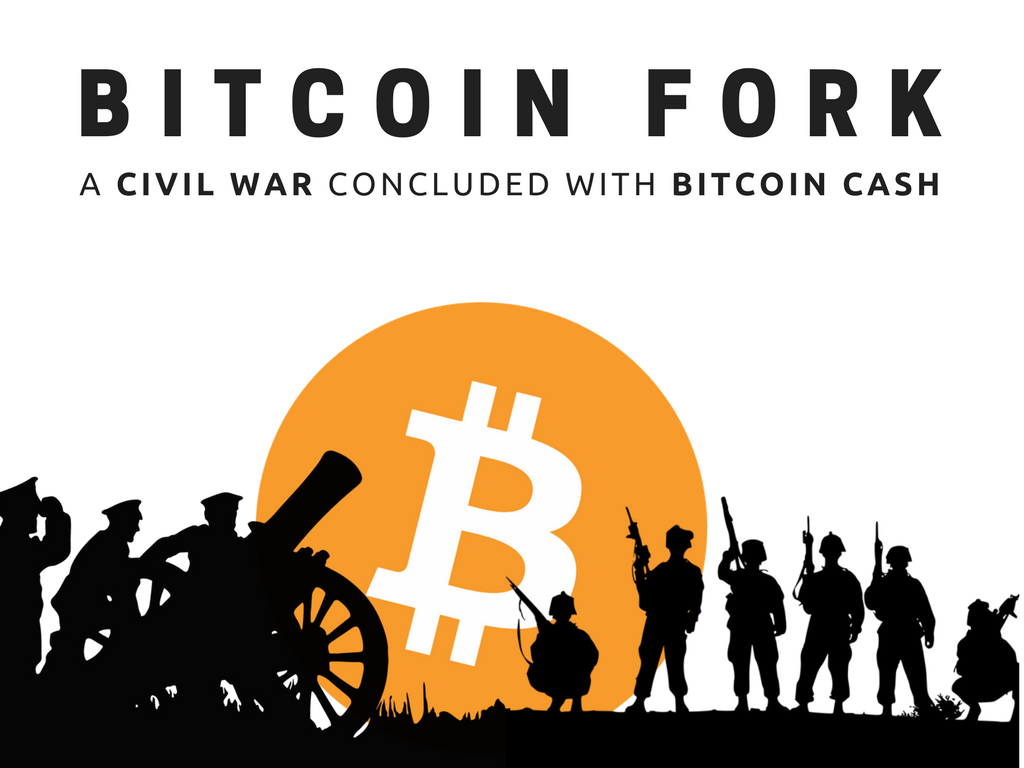 Bitdeal - As a bitcoin exchange software always have a responsibility to monitor the changes in bitcoin industry. And thats how the business solution found some interesting bitcoin business opportunities behind the recent hard fork.

The reason behind the bitcoin hard fork!

As of now the hot topic of bitcoin industry is the recent unforgettable hard fork, which has split up the bitcoin in to two. The reason behind the hard fork is, there was a "civil war " between the bitcoin core developers and the bitcoin miners. The war begins when they started to care about the future of the cryptocurrency.

Many bitcoin developers want to limit the size of blockchain blocks in order to prevent the hacks, and in another hand bitcoin miners want to increase the block size in order to increase the network speed. In general a size of a block is about 1MB. Because of this very small size, users have to wait for a long time in order to complete a bitcoin transaction. This is the main reason for the disagreement between the bitcoin well wishers. Finally the disagreement has end up with a "fork" and becomes the reason for BIP 148 (Bitcoin improvement proposal) to be released.

According to the bitcoin improvement proposal, it denotes that the entire blockchain will split in to two, and the new version will hold the history of old bitcoin transactions. Were the bitcoin blocks which doesn't support the segwit will be rejected. So bitcoin users were worried about their security of their bitcoins. In the same time bitcoin exchanges also halted their website transaction in order to prevent bitcoin loss, and they also don't have enough idea about what is going to happen on August 1.

But what we have to understand is, this is not a first fork, it has already happened in cryptocurrency industy. Example : bitcon rival, etherum's own fork in 2016. but the recent fork becomes more special, because at the very earlier start BCC has been traded between $200 and $500.

Bitcoin cash is the second most valuable cryptocurrency ! Came up with a big bang!

Until the arrival of bitcoin cash, the core bitcoin (BTC) and ethereum(ETH) are found to be the promising cryptocurrencies. But now bitcoin cash becomes more value than ethereum, and there are a lot of possiblities for bitcoin cash to become equal to the bitcoin core(BTC). Surprisingly the new cryptocurrency was traded above $500 as of one day after the fork.

Bitdeal has a strong network of cryptocurrency enthusiasts, and have served a lot of bitcoin business solutions to the hungry business peoples. After the happening of bitcoin fork, the team of bitdeal receives unique requirements from our clients, and most of them are about bitcoin cash.

We are sure that arrival of bitcoin cash is an additional booster for trading industry, and it will increase the price value of core bitcoin too. Here after Bitcoin cash may play a lead role in bitcoin exchange business, And it may not affect the bitcoin (BTC) !