CHUNENDRA DEWANGNA has inquired about cryptocurrency exchange development 2 Days Ago

Check out how blockchain is gonna renovate the railway industry 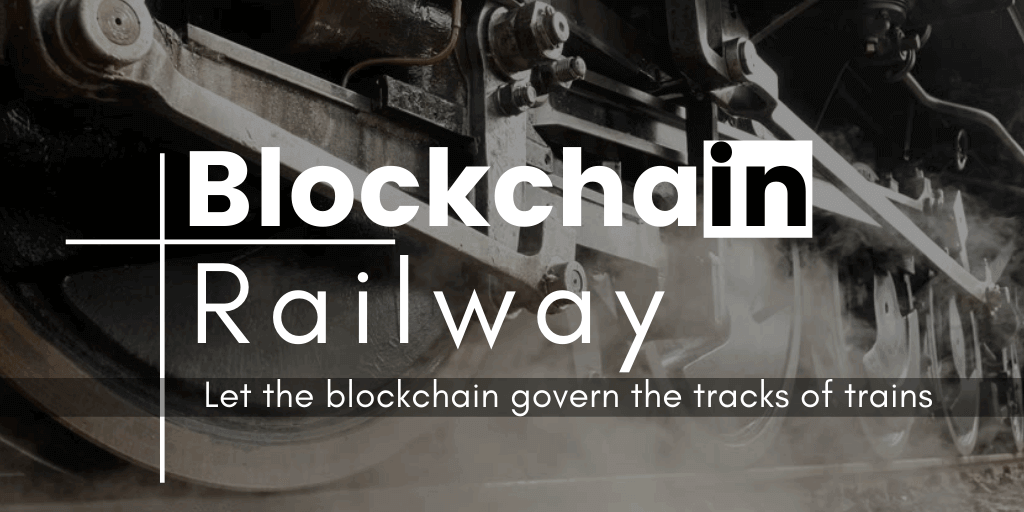 Blockchain the immense technology which revolutionized supplychain, banking, healtchare and other industries, is now started to create huge impact on trasnportation industry too. That's why we have initiated to discuss about how blockchain can be implemented in aviation or aerospace in our previous article. Now, it's time to discuss about one more biggest transport industry, that is going to be turned into a smart, digital, and decentralized system with blockchain technology. Yes, the ever-growing railway industry is the next target of blockchain technology, where it could create a huge impact with its groundbreaking use cases. Let us see how blockchain is gonna renovate the railway.

The railway industry is one of the most complicated, interconnected, and high risks involved industry. The entire network has been tied up with villages, cities, states, and countries, with a huge dynamic database. Without the 24 hours of monitoring and governance, it is impossible to avoid security issues, accidents, wrong signals, passenger insecurity, and a lot. So, a single small wrong information can cause huge damage to the entire network.

Except Canada, Brazil, United States, and Chile, most of the current rail networks in many countries are still under the control of manual operations, Where as the manual operations which are controlled by some significant conventional railway softwares and that softwares are not fully streamlined. This causes a lot of unexpected issues in operation and results in a lot of misleading factors like accidents, collapse in ticket booking, train occupations on a track and more.

You may say "The current railway system seems to be more efficient and we are not facing any problems as a common man"". But, the reality is there are a lot of issues and those issues are not transparent to the public but are creating high-level complexity to the railway control systems.

We are going to discuss about what are those hidden issues, and how blockchain is gonna bring resolve them with its potentail use cases.

Why Blockchain Is Essential for Railway Industry

Railway traffic is not like general road traffic. As the network consists of a lot of interconnected narrow railway tracks leading different trains to different destinations from one end to another end at different time intervals, The mainline railway systems are having separate technical frameworks to enforce strict safety procedures. Based on the train timings each track is allocated to a train at a time, and during that particular time, the central operator never allows any other trains to by-pass through the track.

In the current conventional railway operations, signals and other information from control rooms are directly passed to the drivers, not the trains. So the live information receiver is a human. This manual comment receiving and implementation can result in technical failure. So, to make this entire system more dynamic, we need to decentralize it, as a result, trains(drivers) can automatically find the right routes and can make decisions on it. This entire actions can be made auditable under smart contracts, only if the focused decentralized system implemented successfully without harming the current conflict-free state of the railway networks.

Blockchain implementation in the railway must ensure the current safe blocks upkeeped by the conventional railway frameworks.

Those safe blocks are.

While implementing blockchain, it is very important to ensure whether the current AI - Supported decision making aong with the train side, lineside IT components have not been affected.

Note: source got from a paper published by Cornell University at arxiv.org

As by the United States train accident records, a report says, for every 2 hours, either a person or a vehicle has got hit by a train. This happens because of Derailment, train-person collisions, train-car collisions, and train- train collisions.

Nearly 1,000 people are killed in train accidents every year.

India is the second highest populated country. It consists of several states and different language speaking citizens. Also, a lot of Indian people are not working in their native location, 50% of people are in the necessary to travel somewhere for their job on daily basis. This causes the Indian railway network to be very busy every day and hence train accidents are becoming unavoidable inside the country.

According to a train, accidents report passed to the economictimes the total train accidents as of March 30, 2018, is 73 which was a significantly lower count in the last 57 years.

And another article published at news18 reports that there are around 50,000 people were killed between the years 2015-2017.

This is the count of just two countries alone, but if we check out the global accidents reports it will be ended with a huge count.

The Responsibility of Blockchain in Railway Networks

The topmost responsibilities of blockchain in railway network are, blockchain should ensure the security level, and hence it must reduce the accidents count with decentralized, autonomous decision-making system powered with smart contracts

The goal of blockchain will be empowering the machine - machine economy inside the railway networks.

Though the railway is a transportation industry, it plays a dual role, one as a revenue generator and another one as economy influencer.

Use Cases of Blockchain in Railway

Here is the list of blockchain use cases in railway

If blockchain is implemented in railway networks, then the passenger can collect reward points each time they purchase a ticket. The redemption of these reward points will be written under some defined policies. The claimed rewards points can be used for acquiring other services like cab facilities after train travel.

As blockchain brings more data transparency inside the system, it brings easy management of passenger identities, hence the passenger doesn’t need to carry any proof during travel, as everything recorded online with blockchain.

Since every train is connected with thousands of technical and electrical parts, Train maintenance is very important for a safe journey, but it is a highly complicated one. Every train has to maintained properly after reaching a particular mileage or if any deterioration occurs on a particular part. Finding the damages and inefficiencies of trains parts with the manual audit will be more complicated. So, blockchain with IoT connected sensors and devices will bring modern maintenance, whereas every individual part of a train is registered under blockchain.

The current signal processing inside railway networks are handled by centralized systems. So, there may rise unexpected challenges like system failures, Communication loss, Manual error, driver’s death, ad-hoc traffic diversion, collisions, and derailments. To prevent these railway networks deploy some safety frameworks but they have some disadvantages like cost, manpower and interoperability issues. But with blockchain, we can overcome all the issues and can bring a modular railway transportation system by entirely decentralizing the whole rail networks.

This integrated decentralized system can perform below things,

With blockchain, the allocation of railway infrastructure rights and its payments would happen instantly. Every interaction like ticket booking to subcontractor payment will be driven replicated in a trusted ledger.

I hope we have given you the basic knowledge about how blockchain could transform the railway industry!! As a blockchain development company, we are ready to serve you If you need any consulting or more details regarding blockchain.

Get Connected With Us!