Exploring the migration from Web2 applications to Web3 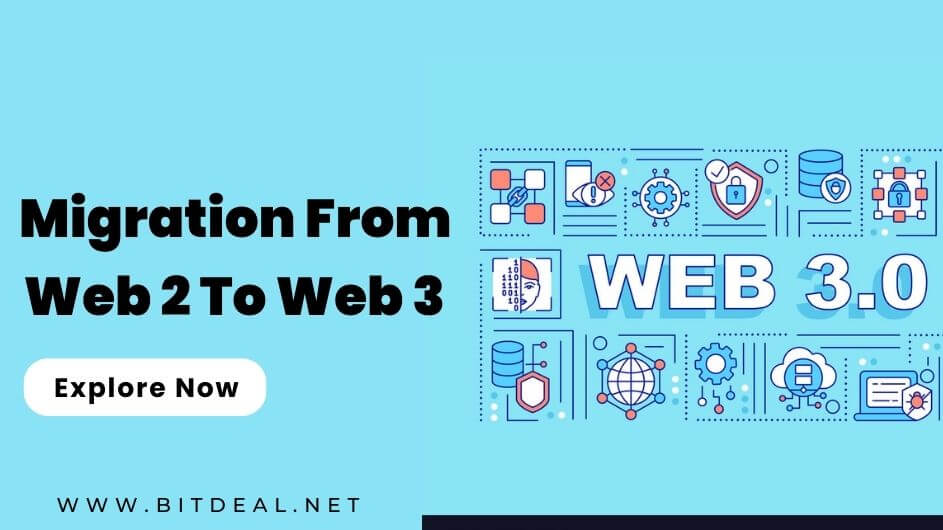 In recent years, the term 'Web3' has become popular worldwide as people wish to move towards "Decentralization".  This has become a transparent way for users to participate in developing the next generation of platforms and applications that will shape how we live, interact with each other, and work. So, nowadays evidently there is a migration from Web2 - which forms the modern Internet to Web3 - which allows peer-to-peer transactions without centralized platforms and intermediaries. If you want to know more about Web2, and Web3, the major differences between them, and the factors involved in the migration from Web2 to Web3, then this blog is totally for you.

Let's delve into the topics without any delay

Web2 refers to the version of the Internet that we know today and it opened doors to user-generated content and brought big attention to interoperability and usability. With this Internet version, users can communicate with servers in real time, communicate with other users, edit web pages and post comments. However, Web2 has certain restrictions such as failure to remove outdated details, lack of intelligence, a large number of frauds, and so on.

What is exactly Web3?

It is the evolution of the world wide web that has been defined as read, write and own. It aims to allow users to have ownership over the projects they build and the content they create. Here there will be no single entity control over the Internet and each and everyone can participate in an unreliable environment that is controlled by consensus protocols.

To make you understand better here I will list down some main differences between Web2 and Web3.

To say in a nutshell, Web3 with its decentralized structure and transparent transactions is undoubtedly the next reality of the Internet. I hope you are now clear with Web2, and Web3 and their major differences. Now let us see some key aspects that need to be considered while moving from Web2 to Web3

Aspects To Be Considered While Moving From Web2 to Web3

As mentioned in the previous section, Web3 uses decentralized currency and so users should move from a simple payment gateway to a crypto wallet. Metamask is the best choice and users can also make use of third-party wallet libraries or APIs as per their needs. Web3 wallets will provide a gateway to innumerable gaming and nonfungible tokens, Decentralized finance (DeFi), and blockchain-based crypto apps.

Web3 apps differ from Web2 apps as they have distinct data architectures. Web2 apps are application-centric and store information related to an app on a single server. Whereas Web3 apps use a user-centric data storage model that stores app data on a distributed network and enables users to access it.

User interaction in Web3 will be higher compared to Web2 as users need to interact with Web3 through smart contracts whenever they wish to sell, buy, transfer and make purchases with tokens.

Transactions That Are Needed To Be Stored During Migration

Exploring the migration from Web2 applic...
175
Prev Next
Contact US
Let's Talk About Your Next Move.