The Complete List Of Best Web3 Applications To Look In 2023 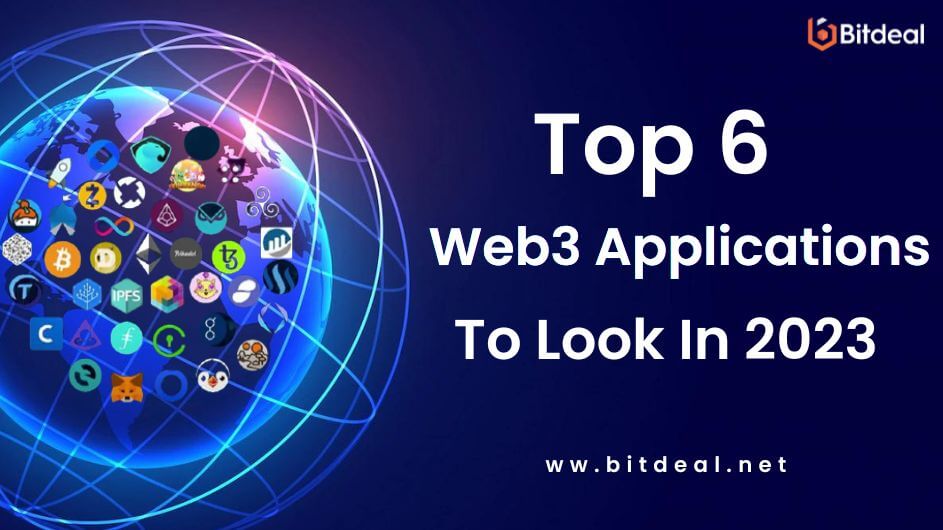 In recent days, Web3 utilize machine learning and artificial intelligence to support more sophisticated trends and adaptive applications. Web3 uses blockchain, cryptocurrencies, and NFTs to return control in the form of ownership to the consumers. Though, many individuals are still unsure of what exactly web3 is, Companies have also begun to look for real-world use cases to utilize web3 fully or undergo business transformation.
Web3 is the next web era where sites and applications manage data in a dazzling and human-like manner. They achieve it through decentralized ledgers and technologies like AI(artificial intelligence). This blog explains to you the top Web3 applications to look at in 2023.

Top Web3 applications to look in 2023

Some important Web3 apps are going to revolutionize the entire web technology market. Let's dive into the topic in more detail.

A decentralized social news site called Sapien that supports democracy, privacy and free opinion is developed on the Ethereum platform. The basic idea was created to address issues and exploits affecting today's social media ecosystems, including fake news, bots, trolls, and censorship. Current social media platforms have demonstrated incompetence to safeguard their users' data and prevent exploitation of them. Sapien hopes to encourage them to improve the social media environment by giving people back power over their social interactions.

Everledger is the distributed global digital registry and it is one of the first entries in the list of web3 apps. Each user is essentially given a unique record, and users can store data in the cloud with flexible access options.
Its main uses rely on establishing reliable anti-fraud measures. The Everledger app specifically aids in tracking diamonds, gold, wine, and other valuable collectibles.
It aids in tracing an item's use throughout the entire course of the global supply chain. Customers can scan the Everledger sticker for authenticity verification.
The Everledger software establishes a significant milestone in web security by offering fraud protection without the need for sensitive personal information or challenging passwords.

The Brave browser was always going to be one of the most well-liked applications among the major web3. It is a brand-new browser that seeks to provide mobile users with ad-blocking and other privacy-enhancing features.
Brave has emerged as one of the most popular substitutes for other widely used browsers like Mozilla Firefox and Google Chrome.
With its promising security features, Brave has also succeeded in becoming one of the most secure browsers. The brand-new open-source browser uses blockchain technology to protect users' privacy.
Blockchain would also be used by the Brave browser to block unwanted adverts and trackers. The ability to monetize user data in exchange for brave tokens is perhaps the most crucial feature of the Brave browser.

Sola is an easy entry among the top web3 apps due to its distinctive features. It is a decentralized social networking site that uses distributed nodes, IPFS storage, and the Ethereum blockchain.
Sola combines social networks using blockchain technology and artificial intelligence. Using AI algorithms, the web3 social media network distributes pertinent content to users under their preferences.
The goal of Sola is to create a social media platform where everyone can express themselves freely without giving major businesses, influencers, or advertising a monopoly.
The Neutral AI superior neural learning network of Sola aids in streamlining the content-sharing procedure. Additionally, users can look into ways to make money by sharing and producing content.

Decentraland is an online virtual environment with a variety of engaging experiences. It is considered to be the most touted project in the metaverse or the future of web3. Decentraland is a clear contender for the best web3 apps because it offers something unique.
People can engage, chat, and play games with other users in the virtual world. Additionally, customizing digital land parcels and developing new experiences are important to the decentraland metaverse.
Users have been investigating the possibility of getting mortgages on virtual properties and renting them out for events in the metaverse. Decentraland has caught the interest of many major corporations such as Samsung, Adidas, and PwC.

Two people can talk to each other continually using the LivePeer web3 application. Additionally, it enables users to view online videos and capture screencasts of their PC displays. These are available for download as video files or as GIFs.
LivePeer is a decentralized P2P video streaming service powered by blockchain and built on ethereum. Additionally, customers can conduct live sessions from desktops or mobile devices.
With this standpoint, it sets itself apart from video streaming platforms like YouTube by developing technology that effectively shares videos from broadcasters to customers while hosting, storing, and distributing videos.

Thus, the features of the most popular web 3.0 applications show that decentralization, security, usability, and transparency would lead to a web 3.0 revolution. With a well-defined set of features, Web3 apps have begun to take shape. The range of applications demonstrates the intriguing features of web3 apps. Web3 apps have spread across numerous industries and use cases as opposed to remaining confined to a single platform. In the long term, improvements in web3 applications may prove to be an important forerunner for the growth of the web3 movement. If you are looking to create a web3 applications in future you can contact Bitdeal which is leadiing web3 development company.