How Web3 in Games Can Transform The Future of Gaming Industry? 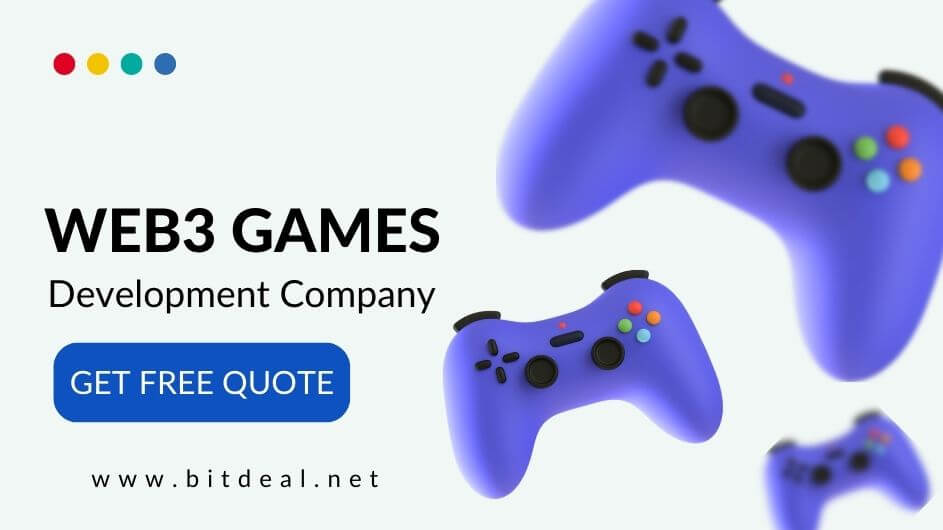 Web3, the term first coined in 2014, by Ethereum's Co-founder, Gavin Wood.
The core aim of web3 technology is to make the internet more interactive & completely decentralized. This Web3 depends on blockchain, cryptocurrencies, NFTs & more to work with high security, immutability & transparency. The significant features of Web3 illustrate how it can revolutionize different sectors.

Here let us look at how Web3 disrupts the gaming industry & how it will transform gaming in the future.

What Are Web3 Games?

The Highlights of Web3 games include,

The first generation of games is mostly based on one-directional interactions. Then emerged the second-generation games that are more participatory and highly interactive.

Modern technology in gaming has brought a drastic shift in the game industry. This lets users not only play their games, but they can play digitally with highly immersive & interactive experiences at the same time while they play a game. This is due to the rise of the application of web3 technology in gaming.

Thus, the application of blockchain in web3 games caused the entry of concepts like play-to-earn games & in which the in-game assets are mostly based on NFTs.

These NFTs are means for ownership proof & seamless trading of digital assets. These play-to-earn games not only allow players to play & relax but also help them earn when they play games.

All the innovations paved the way for web3 in gaming & made it a highly invested sector with billions of funds.

Want to enter into this huge revenue-generating business? Catch our experts to build your own Web3 Gaming Platform.

Even though there are millions of users of traditional gaming worldwide, there are some limitations to it. The need for web3 in gaming implies the setback aspects in the already existing gaming industry.
Some of the challenges in these conventional gaming platforms include,

The trading game assets in traditional games can be purchased with fiat money and are useful only inside the game. These assets have no value outside the gaming marketplace and lead to zero profit with huge investments.

In traditional games, when you purchase any assets, the ownership right will never transfer. Only you will get the licensee for interacting with those assets since the first owner has the copyrights to those. But with this web3, gamers can experience true ownership of their in-game assets.

In already existing second-generation gaming, the complete control is with the game administrators. This may lead to risks to data privacy & security of the data at the same time.

To overcome all these challenges in traditional gaming, web3 gaming has aroused in the market striking all the minds of investors & gamers.

There are some hidden technologies and factors that support the evolution of web3 gaming. Those include the following,

NFTs are widely used as rewards for gamers to encourage their participation in games. The value of these tokens increases based on usage. Web3 games assist the use of these NFTs & tokens that help the gaming industry to become more strong. These can also be sold on the market to make a profit.

The existing games are more static & require elements, energy, and interactions for an interactive gaming experience. AI helps in achieving these all aspects that make gaming more engaging without any extra effort. AI understands the information as humans do and makes the gaming experience more interactive & fast.

The application of web3 technology in gaming creates a new era of gaming for players. It lets players sell, own, and trade the in-game assets to make money by earning rewards. The key feature of web3 games is decentralization which makes playing web3 games more interesting & pleasurable.

Some other important features of web3 games include,

The utilization of NFTs in web3 games increases the interoperability in gaming. Thus interoperability plays a vital role in moving gaming assets outside the gaming platform. This makes players earn a profit that eliminates the loss of money on these in-game assets.

Transparency is the key feature that makes web3 more popular. The minimal interventions of central authority and the presence of no third party bring better transparency. Web3 games use voting to make any changes in the gaming process.

As web3 games include blockchain technology which is immutable. This injects high-end security in web3 games and such game transfers are under the control of players and there is no third party.

The ultimate aim of web3 games is to bring complete control to the players with true decentralization. Thus it creates a gaming environment where their needs are fulfilled.

How Web3 Games Transform the Way of Earning Money?

Conventional games have in-game assets which lose their value after the game's completion. This results in a loss of money spent on those assets by players.

Web3 games with technologies such as blockchain, NFTs, AR & VR serve as a new foundation for new ways to earn money. Here the players have the option to stake their assets & make money. They also get rewards when they put time & effort high into games.

On the other hand, for game owners web3 games created an endless stream of revenue. In web3 games, the owners can offer in-game purchases, execute in-game marketplace & also offer complete freedom for players to trade assets.

Even though web3 in gaming is still in its developing stage, our experts do R & D regularly and update themselves to build a web3 game that is completely decentralized. As web3 games benefit both players & owners with equitable rewards, it is becoming a welcoming business trend among people in recent days.  Developing a web3 game with immersive features & advanced gaming plugins known as Web3 gaming development.

We Bitdeal, a leading Web3 Game Development Company offer world-class web 3 game development solutions & services to launch your own web3 games with all the advanced features. We make your web 3 gaming platform more attractive & interactive by the utilization of web3 technologies such as blockchain, NFTs, AI, VR, and more.

Want to build your own decentralized gaming that is more immersive, social and secure? Get Web3 games development solutions from Bitdeal now.

How Web3 in Games Can Transform The Futu...
253
Prev Next
Contact US
Let's Talk About Your Next Move.