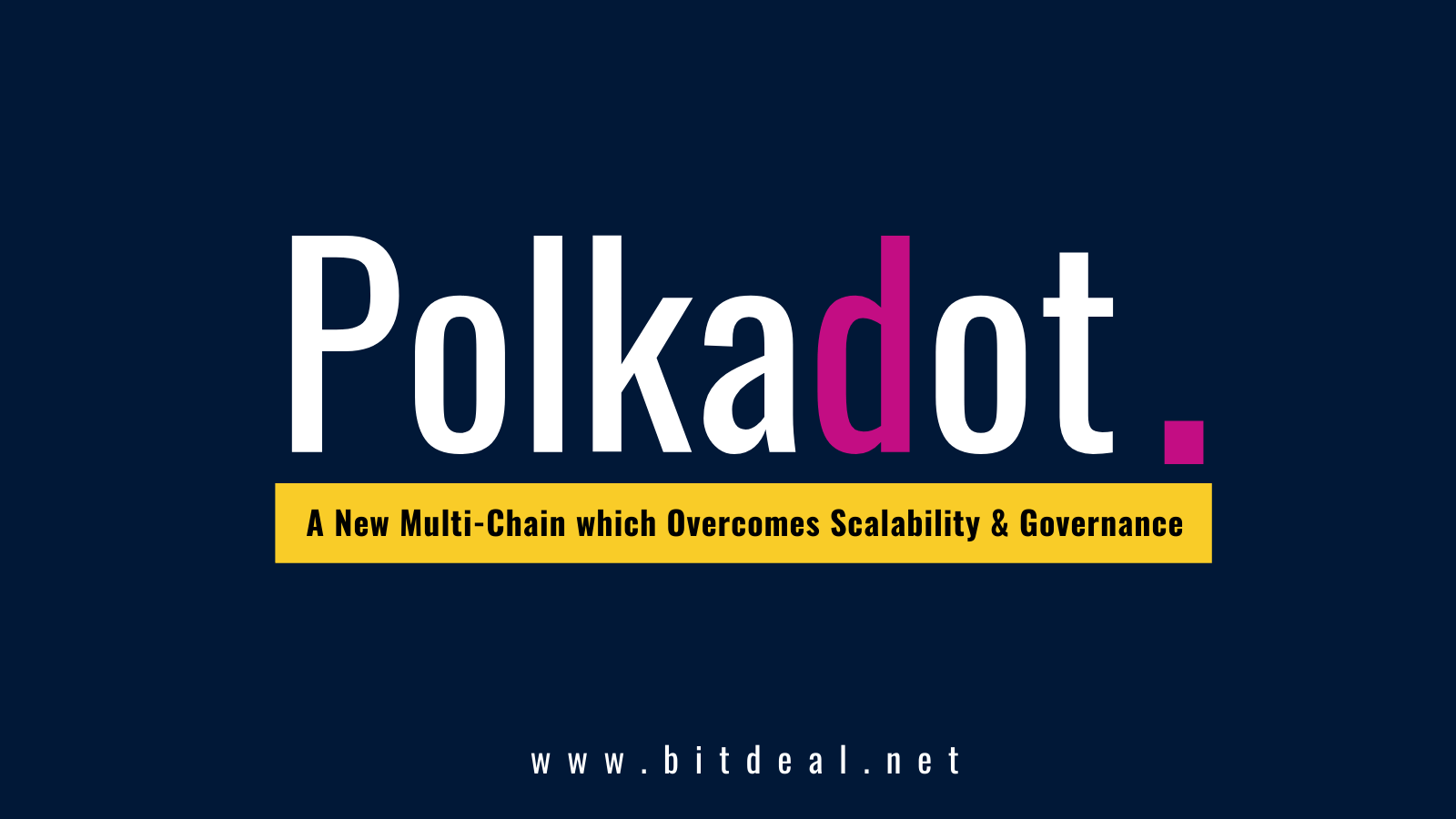 Blockchain, the epitome of the tech revolution ! In the beginning, its immutability & Top notch security catches the attention of the digital world.now it takes multiple dimensions and gets into various sectors from education to health and ultimately changes the world we are used to be. In the list of EOS Blockchain, Tezos Blockchain, Hyber ledger Blockchain, minter blockchain, etc,  Nowadays, the most trending blockchain next  is Polkadot Blockchain. Lets know more about it

What is Polkadot Blockchain ?

Polkadot is nothing but the network that connects different types of blockchain. The idea is to act as the basic framework for all blockchains.In the year 2016, It was founded by Gavin Wood, Peter Czaban and Robert Habermeier. In May 2020, It launched its first mainnet and attracks massive investors, developers and cryptocurrency traders. till date, polkadot has raised upto 200 Million from investors with its native cryptocurrency DOT

Polkadot is designed to operate in two types of blockchains,

Polkadot runs on Proof Of Stake Consensus, Based on DOT cryptocurrency staking in a special smart contract, It provides various roles to proceed a neccesary operation.

Validators: Validators have the right to vote on the proposed changes. Their ultimate responsibility is to validate data in the parachain blocks

Nominators: The Core job of nominators is to select the trustworthy validators. Validators vote nominators by representing their staked DOT currencies.

Collectors: Collectors are responsible to collect data and aggregate parachain data into blocks and then add it to the relay chain

How Does the Polkadot Blockchain Works ?

Relay Chain is the main network in this blockchain where all transactions and data are processed and finalized. All other chains pool security in the relay chain.

This chain uses the POS consensus called Nominated Proof of Stake. It is designed to process 1000 transactions per second as of the testing in 2020.

Para Chain is the blockchain that runs parallel to the relay chain. It can be customized based upon the user requirements and fed into the main blockchain then only the para chain gets benefit of the main chain’s security protocols.

What Is Unique in Polkadot ?

Scalability and Governance are the two major issues in the blockchain ecosystem. The ultimate aim of Polkadot technology is to overcome the above stated problems to provide high tech solutions.

Nowadays, Massive amount of time, effort and work is invested towards building a competitive network rather than building outstanding projects. It Paved the way for developers to build projects on all blockchains.

In their Deep research to bring privacy to the blockchain, He has tested EOS, Ethereum, Cosmos and Polkadot and chooses Polkadot among this and stated the below statement.

“We chose Polkadot instead because we believe that its technology is the most advanced, and I  think we made the right decision. More importantly,Substrate is an important tool. It allows us to reduce repetitive blockchain development work,”

It is the internal native taken of the Polkadot chain.This token gives the right to vote on potential changes.

1. DOT turned out as the fourth largest cryptocurrency  that hit the market capitalization of   18 Billion USD.

2. Old DOT tokens can split 100 ways to generate new DOT Tokens which increases the supply from 10 million to 1 billion

4. Nearly 340 Projects are Developed on this Platform

Polkastarter is a DEX platform that is built on the Polkadot network and has its own POLS token which is designed to support cross-chain token pools. It let investors purchase tokens securely.

Acala is one of the parachains of Polkadot for Defi. Which has raised over 7 million in a funding in the month of August.

Lam, the founder of Acala, said that

“ An essential infrastructure for DeFi on Polkadot with a stablecoin, decentralized exchange, and staking liquidity. It’s a grand plan to offer so many features and pulling it off will be a great achievement”

Moonbeam is designed to provide an experience of Ethereum. It lets Developers run contracts in Ethereum  on Polkadot with some changes. They can use tools such as Metamask and Truffle.

“We’ve seen incredible growth in smart contracts on Ethereum and now, with the launch of Moonbeam, we expect to see high growth rates and developer engagement,”

Internet Of Things (IOT) is the identity of this industrial application. This blockchain has very few validators which makes it fast and cheap to operate which uses the relay chain of polkadot for authenticity

It is a Smart Contract Platform developed on Polkadot network. It's token worth  54 million USD is held in Plasm contracts for a four-week period.

At this  Time, Polkadot is in its cloud-nine ! Within  the short span of time, it has become the fourth-biggest cryptocurrency, according to the coinmarket cap. It  builds new hope and opportunities for the Hi-Tech Projects.

A Complete Beginners Guide To Polkadot E...
3362
Prev Next
Contact US
Let's Talk About Your Next Move.