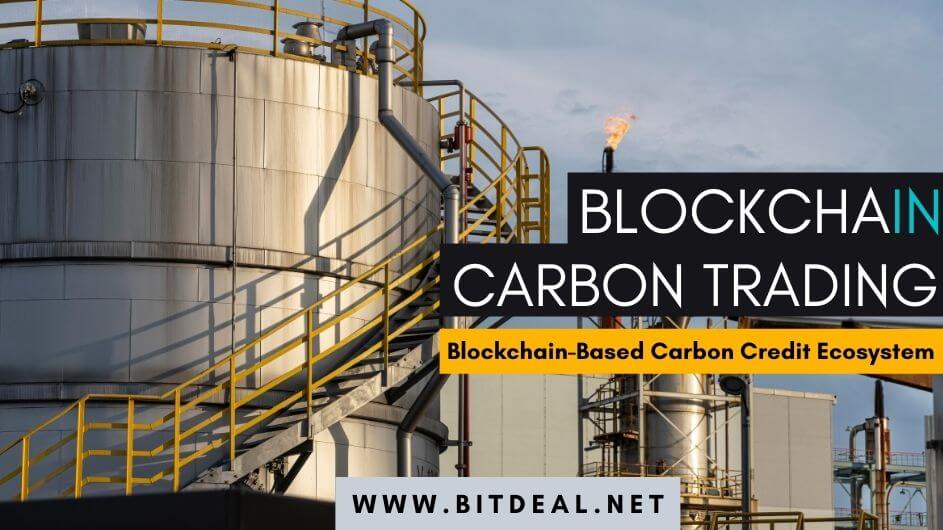 Unaware about the concept of "Carbon Trading"?

Swipe down to know complete details about Carbon Trading Offsets.

What is Carbon Trading?

Carbon Trading is a mechanism adopted for promoting the reduction of emission of Carbon-dioxide, the global greenhouse gas.

This crypto trading system is the result of the UN Government in Kyoto, Japan's work to solve the greenhouse gas emission reduction problem in December 1997.

Carbon Trading is a market-based system that aims to reduce greenhouse gases that contribute to global warming. Thus it is the process of buying & selling permits & credits which allows permit holders for the emission of carbon dioxide.

The European Union Emission Trading System (EU ETS) is the world's biggest carbon trading system. It is the pillar of the EU's efforts to slow climate change.

How Does Carbon Trading Work?

For the development of carbon lowering schemes in many poorer nations, there have been many attempts by allowing richer countries to cut off their carbon emission.
The effectiveness of this scheme will be questioned with research which indicates some countries have created more emissions which they have curtailed.

Government issues permit up to the agreed limits which are given as free or auctioned to the companies. This is called a cap & trade scheme at regional, national, and international levels. This works via setting a limit or cap on the number of emissions that are allowed from a significant carbon source, which involves the power industry, air travel, automotive and more.

If any company curbs its carbon, then it can trade its excess permits on the carbon market for cash. On the other hand, if the company is unable to limit its emission, then it may buy extra permits.

As said above, this carbon trading scheme is known as "Cap & Trade" where the government sets an overall legal limit on emissions over a specific period of time.

A Polluter should have enough permits for covering the emissions. Each permit in this scheme is equivalent to the one tonne of Carbon dioxide equivalent,(CO2e)

In theory, permits are to be sold via auction, so that from the outset polluters are forced to pay for their emissions and are incentivized to a bare minimum the permits they seek.

Crypto Carbon Offsets - What is it?

Carbon Offsetting is a process that involves engaging activities which restore the green cover of a planet for reducing the atmospheric carbon content.

Many private & non-profit organizations develop projects which measure carbon reduction & issue carbon offset credits equivalent to it. Each credit is equal to one tonne of carbon emission reduction.

For Example ->  If a company has to go carbon neutral, it can buy credits from another company that has caused less pollution in that particular year.

Kate Dooley, a researcher at the University of Melbourne, in a Coindesk interview, said, "Offsetting is essentially referring to every ton we remove, we emit the same ton of carbon somewhere else".

Why Is Crypto Carbon Attracting Investors Like Mark Cuban?

The Crypto Carbon Offsets markets are now drawing investments from many investors such as Mark Cuban, billionaire. Over 17M carbon credits worth more than $100 M is tied with tokens called BCT & traded on unregulated markets.

In Oct 2021, a survey by Ecosystem Marketplace suggested the voluntary Carbon Offset Market to cross $1B for the first time with an all-time market value of $6.7B.

The absence of oversight and uncertainty of the current industry makes it difficult to gauge the performance. Thus, crypto proponents believe carbon offsets will bring greater transparency in every process of the crypto industry.

The relocation of large chunks to Kazakhstan which powered fossil fuels & offered cheaper electricity effectively translates into crypto mining. This increased the emission rates as the world is moving towards green energy initiatives.

Fern & many economists believe carbon trading is a dangerous distraction from the need to end fossil fuel usage & move to a low carbon future. As we all have no time to wait for the price rise of carbon. Thus we must shift to low carbon energy, agriculture & transport now via direct regulations.

Fern's initial interest in carbon trading arose as trees were seen as a way of offsetting carbon cheaply along with providing money for protecting trees. Apart from the flaws in these schemes & pollution trading, this concept of carbon trading continues appearing in proposals for the reduction of environmental harmless.

What Are The Crypto Tokens Currently Tied to Carbon Credits?

Toucan is a participant in the crypto carbon offset market. This is a decentralized finance (DeFi) project which allows users to purchase carbon credits & link them to BCT, Base Carbon Tonne.

Klima is another crypto token currently driving the trading of carbon credits.

Thus, carbon trading is the use of data whereas blockchain in the form of data.

Then autonomous trading will be performed. This blockchain arranges the trading route & completes the carbon emission with the other party.

Here are the following advantages in "Blockchain + Carbon Trading".

The government & financial organization have been involved in the construction of the carbon trading market, on the other hand, the general public is still unfamiliar with the concept of "Carbon Trading".

The application of blockchain will accelerate the individual's involvement in the carbon market & also mobilize the user's subjective initiative. According to the characteristics of blockchain being applied to the transaction, the application can solve the problems of ownership, privacy & permissions of data effectively.

The combination of carbon emission & characteristics of blockchain shows its own advantages in enterprises. The carbon market has already reached a level that can lay the foundation for the promotions of blockchain technology too.

Blockchain technology is still not mature and the computing power & responding speed are the bottlenecks.

Since, there requires a lot more research, support to make this concept of blockchain-based carbon trading to be more effective.

Being a reputed Blockchain Development Company, we have blockchain experts who can assist you in the development of blockchain-based carbon trading on corporate as well as on individuals.

Get a Free Consultation From Our Blockchain Experts Now !!