John Ngunjiri has inquired about cryptocurrency exchange development 2 Days Ago 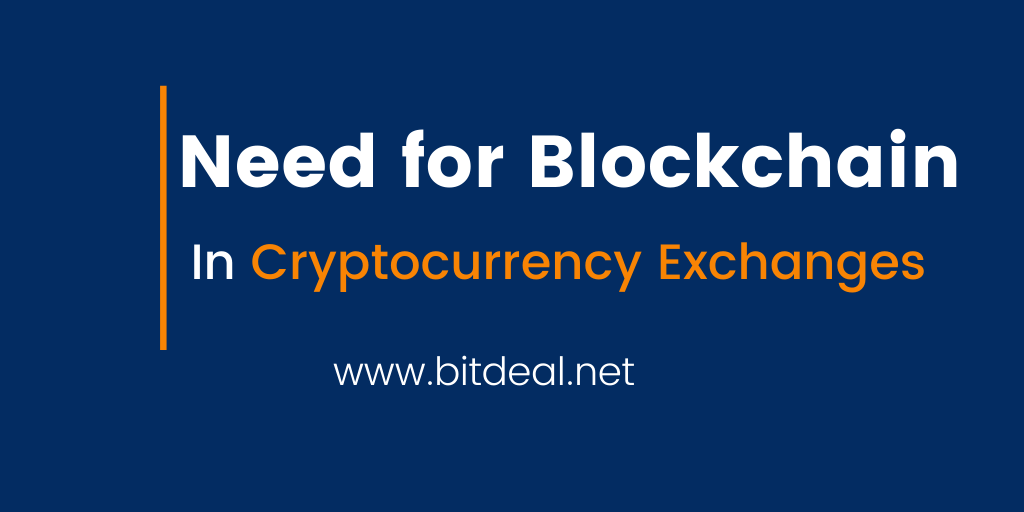 Rough Particles build the Tough Product, Likewise, Complex computer algorithms and Mathematical Expressions stand behind the Vigorous Blockchain Network. The first-ever by-product of Blockchain is Bitcoin. Now, this technology is incorporated in all the primary sectors from education to health care. Experts predict blockchain will hold 20% economic infrastructure by 2030.

Why you should Create a Blockchain for your Cryptocurrency Exchange?

While using a public blockchain network, many cryptocurrency exchanges lose their own traders to their rivals and in the case of separate blockchain, they can hold their traders tighter.

Well, I have some other convincing answers to this question.

A notable recognition is created around the people. By building a separate blockchain any Crypto Exchange can create their own native coin or token, which will definitely bring Brand identification.

As you have your own blockchain, it allows you to choose the privacy level of transactions

Everything is automated from trade matching to payment verification, thus fast transactions occur.

Your own blockchain lets traders trade in it more flexibly.

By developing their own blockchain, the exchange can position themself in the market and the efficiency is significantly improved.

Smart Contract automates every process, there is no need for any additional services thus it is a kind of cost-cutter.

Cryptocurrency Exchanges with their own Blockchain

Popular Cryptocurrency Exchanges such as Binance, Huobi, OKEx have their own blockchain network.

In the year 2019, Binance has launched its own Blockchain Binance Chain(BC), and very recently, it has announced the Binance Smart Contract chain (BSC) very recently. Binance has added Ethereum Virtual machine to the Binance Chain. The Company announced that they are designing the Blockchain which is more efficient and faster than the Ethereum platform.

Okex and one chain foundation together build the Blockchain network named OKchain. It is a 100% open source independent public blockchain. Okchain primarily focused on Defi. Okchain offers functions such as fee handling, matchmaking, and voting. Okex announced that it will act as a platform that connects different chains by using Cross-Chain Technology.

Huobi, in Partnership with Nervos, built their own blockchain, named Huobi chain. They have launched Huobi Chain under the beta version. This Blockchain supports financial sectors that work on Defi related projects. This is designed based on delegated Proof of stacks Algorithm for a flexible and friendly network.

Binance CEO, CZ, said that The Future is Decentralized. He believes there will be thousands of Blockchain applications and millions of digital tokens in the future

Raghuram Rajan, former governor of RBI, told that soon central banks would create their own Cryptocurrencies.

Kin Misuma, CMO of quras, said that By using separate blockchain, customers as well as website owners have the power to set the privacy level.

Hugo Renaudin, CEO LGO, said that Blockchain has the power to increase the overall efficiency of the Crypto Exchange.

With our solid experience and Potential Skills, we provide A to Z Blockchain Solutions to the enterprises by developing private as well as a public blockchain. We also develop Cryptocurrency Exchange Script based on Client requirements to launch their own crypto exchanges.

What is your business requirement?

Need a Separate Blockchain, Want to build your own Cryptocurrency Exchange or Both?

No worries! We will assist you!

Ping us to get a free Demo!!