Explore here the ways how blockchain can redefine gaming industry. 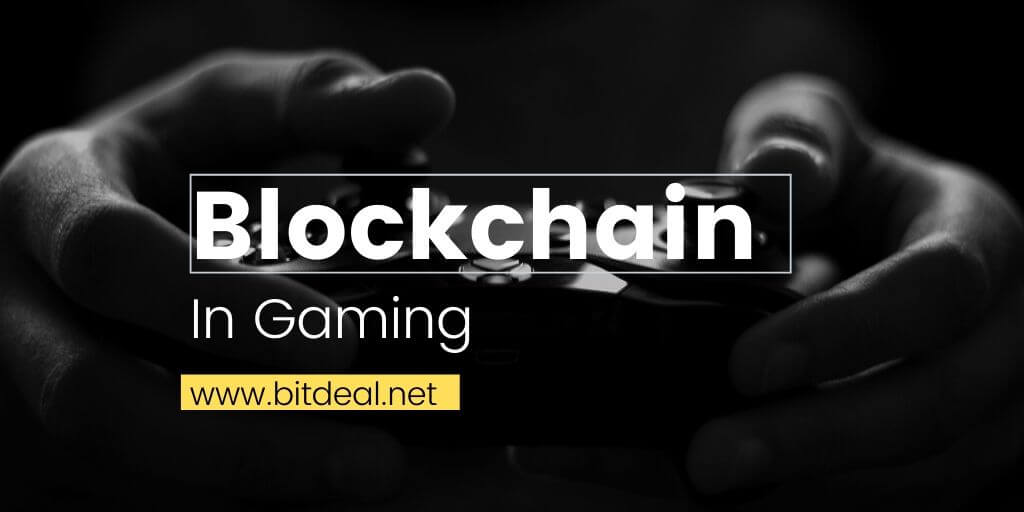 Blockchain Technology is continuously transforming the Financial Industry, which seems that Blockchain and Finance is a perfect pair. There is another one industry in the list that is being uplifted by Blockchain. It is the Gaming Industry !!

The massive industry that is subjected to reach $ 143 Billion revenue by 2020 is the Gaming Industry!

In recent days, the gaming industry is growing drastically, as the video gaming world is expanding each second with the growth of new developers, players, technologies as well as developers. This video gaming could make about $ 300 Billion by 2025. The eSport industry is also one of the booming industries that make high turn over.

Gaming, a fast-growing industry with blockchain technology provides a more open and trusted environment for both players and developers.

Newzoo, Games, and eSports analytics organization, estimates that  1 in 3 people play video games accounting for 2.5 billion gamers worldwide. Many reports say, the gaming industry could account for $152.1 billion, which is a 9.6% increase when compared to 2018.

Look at the Gaming Industry Revenue over years in below image.

Blockchain Technology is being implemented in many industry verticals for its betterment. Likewise, Blockchain can be used in the Gaming Industry for its growth. There are so many ways to apply blockchain in video gaming.

In normal modernized video games, when a player crosses different levels, rounds, stages, they are being rewarded with coins, currencies, gem, other collectibles that identify their level of worth in the respective game. Here blockchain technology can be used to manage complete backbone function.

Blockchain as a Game

In the market, there are some desktop and mobile applications that offer blockchain as a game. As the gaming industry is on hype and every minute there is a release of new games online. Most of the gambling companies provide less or no transparency to their players.

Thus, creating blockchain-based gambling can add needed certainty and also safety to the players. In particular, peoples of this digitized world, who tempts and addicts to the games will have a special invite to the Blockchain Games and live in it.

Benefits of Blockchain in gaming

Now, let us look at the benefits of utilizing Blockchain Technology in the Gaming Industry.

1. The use of blockchain technology can provide a highly safe and secure environment for all game developers and game owners.
2. When blockchain is implemented in gaming, it helps the game players to store their game assets secure.
3. Blockchain network offers the game players complete control over their favorite games.
4. The blockchain technology can prevent frauds and theft activities in gambling.
5. The users/players can buy and sell game assets in the gaming platform with high security when blockchain is used.
6. This new attempt of blockchain in gaming opens up a new way for the developers to develop more different games.
7. The players of the game can truly own their own game assets.
8. Blockchain in gaming can allow players and developers to connect and players can assist game developers for the game improvement.

Explore here the more Benefits of using Blockchain in Gaming !!

Some of the Blockchain Games that are being popular among the people as like Cryptokitties are as follows :

Now, let us have a look at the list of factors that one must take care of while they develop and own a blockchain game.

Choose a wise blockchain network for building your own game as every blockchain has a different block time. Many games require consistent interaction between players, which can affect the operating speed of games.

Transactions on blockchains such as Bitcoin, Ethereum are expensive. Thus building a blockchain game that requires minimal interactions with players, might costs quite high.

Another important issue in blockchain gaming is Scalability. When a blockchain game becomes popular, there occurs a situation of maintaining hundreds and thousands of transactions.

Thus, it is relatively important for a game developer to continue scaling of the game along with the evolution of it.

Most of the blockchain games require players to download the "Metamask Chrome Extension" and sign up with an exchange, buy/sell ETH to make them ready for playing the game. For crypto users this might seem easy, but not for an average individual.Thus we must take user-experience into account while developing a blockchain game.

These are some factors that one must look back when creating blockchain games.

Future of Gaming Industry with Blockchain

The intersection of Blockchain Technology and gaming is not without its own issues or hurdles. Since the emergence of blockchain gaming trends is more promising.

The rise of eSports and the demand to monetize and participate in the gaming community of the developers pay the intersection of blockchain and gaming.

This blockchain gaming can surely create a new path for game developers to enrich their skills. When those hurdles get cut down, the blockchain technology can make a better gaming industry.

Thus Gaming Industry powered with Blockchain Technology is in the nearest future.

Join with us to bring revolution in the Gaming Industry !!