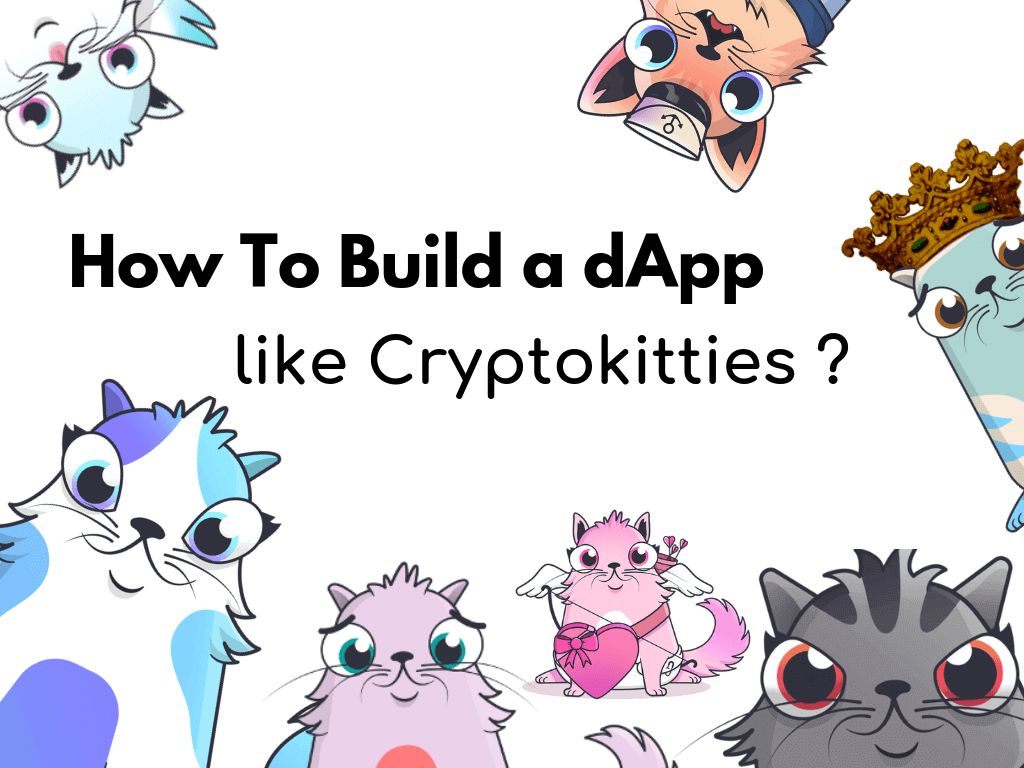 During the end of 2017, a predominant cryptocurrency game has been introduced in blockchain space. The game become phenomenon one, within a short period of its launch. Everyone who researches about the cryptocurrency industry may aware of it and may excited about the success of this game. Yes, We are talking about a blockchain based crypto collectible game “crypto kitties”.  The success of cryptokitties has inspired a lot of people and created a huge desire to make a game as similar to cryptokities.

In this article, we are going to explore about, How to create a cryptocurrency game like cryptokitties. For those who are looking forward to making business in the blockchain network, this blog will unblock a key idea, and ways to earn profit by launching an app like cryptokitties.

Cryptokitties is an ethereum based dapp which is made up of a game nature, where anyone can buy, sell and breed charming virtual cats and kitties in exchange of ethereum. This dapp run on ethereum blockchain which is launched on November 28, 2017, by a Canada based software company Axiom Zen Inc.

Some Interesting Stats About Cryptokitties

This means the gen0 kitties are first generation cats and are classified as virgin cats, this kind of cats cost up to 246 ETH, In 2017 this was cost nearly $113,000. Ref;

5. While writing this article there were around 82364 active players and 2894 were from last month that is of March - April 2019. Referred from : kittyhelper

6. Crytpokitties have used genetic algorithm to create gentic based kittens

7. There were totally 38,015 kitties as of December 2018, and every kitty is unique from others. Ref: Covalenthq

8. Each kitty have been developed with Unique ID

9. As these kittens are virtual, smart contract plays a huge role in defining the characters, and appearance of a cat. It includes the cat eye, ear, nose,  body, color and etc.

11. During the fundraising stage, cryptokitties have raised around $12Million,. Ref - Owler.com

This dapp let the users open an account for themselves, and from which they can buy, sell and breed their kitty with others kitty.  The money-making idea behind this game is getting rare breeds. When a user gets a rare breed then he can sell it at a high cost.

How to make money with cryptokitties

The most expensive cryptokitty as far as now is Dragon :  - > check out more here The Genetic algorithms in cryptokitties, let the mating cats, create a new kitten and with a new genome. The newborn crryptokitty will have the cattributes based on its genome Id.

This entire process has been written in smart contracts, so far every unique genome ID, it creates new kitty with new cattributes.

For more reference about how cryptokitties work  > Check out here

Hope you had a basic idea about cryptokitties, Let’s discuss how to build a dapp like cryptokitties and which blockchain is most preferable.

You can create a dapp like cryptokitties in two ways.

You must have some basic development skill to understand the cryptography algorithm and must have the basic knowledge to develop a dapp in the blockchain.

Steps to create a dapp in ethereum

Cryptokitties smart contracts can be divided into smaller as below

We know the crypto kitty has been created on the ethereum blockchain, but the TRON is a blockchain just similar like ethereum which favors the developer to create entertainment-based dapp on TRON network.

Check out this article to learn about How to create a dapp on TRON?

If you are impressed of the popular crypt collectible “crytpokitties” dapp and are wishing to earn billion of profit by launching your dapp as similar as cryptokitties, then connect with Bitdeal - Leading Dapp Development Company has a team of expert dapp developers. We keep hunting for the best blockchain to develop a dapp and are hunting for the best ways to build a user-friendly dapp.  We have now initiated to provide Dapp development on TRON, and are looking forward to leveraging the Minter, Nexus, Bitshares, LISK, Waves, Stellar, Cardano and more.

How To Build a Dapp Like Cryptokitties...
3999
Prev Next
Contact US
Let's Talk About Your Next Move.