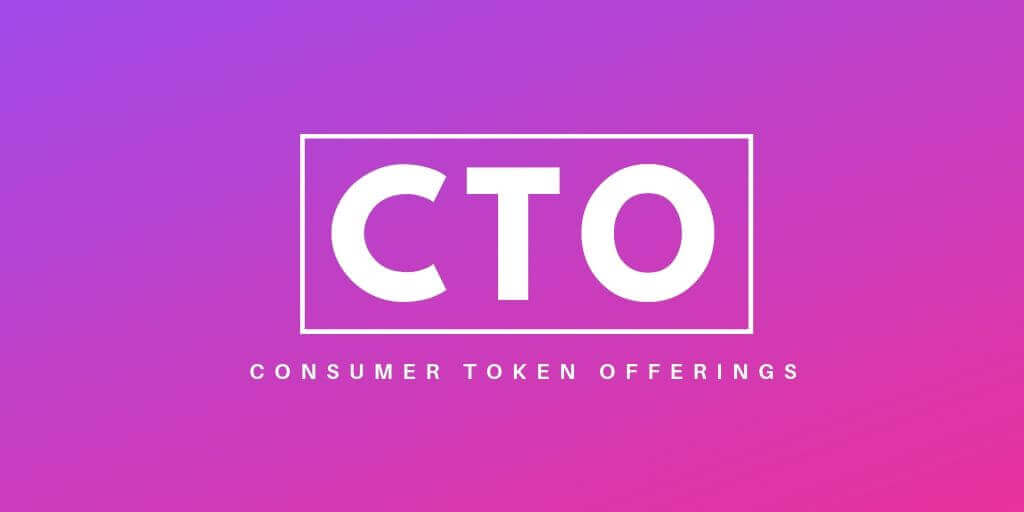 Today we gonna explore a very exclusive concept, and that gonna be a big boom in cryptocurrency market very soon. Even the daily hunters of the cryptocurrency market may don’t heard about this. So, sure, this would be fresh and very useful information for everyone who is looking for changes or upgrades in the blockchain industry.

Consumer Token Offering - This is the trending concept in the cryptocurrency market,  many crypto industry experts traders, and investors are already started to hunt online to find what it is, and how it works?.  Yet, this concept is not so familiar, but there are a lot of predictions circulating around this new fresh cryptocurrency business model, and that predictions literally says that this would go viral this year 2019.

So, we, just gonna have a short intro about consumer token offerings, and I just wanna give you all, a collection of data that I have got online regarding this concept. Because we at bitdeal often goes beyond something unique, innovative and fresh business models. Our team of R&D experts already started to get some deep research results. So i guarantee you that you are gonna get some interesting bits from the research on consumer token offerings here.  Let’s get into the topic.

I think, The word  “ Token Offerings”  in the statement alone enough for you to find out what it would be. If you are predicting this would be another financial fundraising concept, then yes, this is just similar to that.

Before jumping into the concept, we have to recall past where we have learned two types of token offerings.  (i,e) the Initial Coin Offerings and the Security token Offerings.

Initial coin offering which is also called as ICO, one of a huge fundraising business model of blockchain industry, that has gone viral in early 2017, and we have witnessed a lot of fresh startups have been feeded through it.

Some stats and studies say that there were around $22 Billion dollars have been raised through ICO. As by the November 2018 reports

Then What happened to ICO?

As ICO’s are not registered through SEC, and have sold unregistered utility tokens to the end user, it resulted in a lot of scams and big losses around the world. So, The U.S Securities and Exchange Commission has deemed, ICO’s as illegal and insecure. Followed by that many countries have banned ICO’s. Thus, the books of ICO’s have been ended and finally which is gone out of the game.

A report says that within a short period of STO’s launch, that is in January 2019 there were around $380 million dollars have been raised through STO which includes 18 companies. The largest STO so far is, Overstocks STO, which have raised nearly $134 million dollars.

The problem with STO is, the total fundraising model is eligible only for accredited investors. So one can sell tokens inside a closed group, and can’t sell goods for token elsewhere.

Now the arrival of consumer token offering is expected to lift up the cryptocurrency/ finance industry to the next level as it is considered as a next-gen financial instrument.

To convey in short, Consumer Token Offerings (CTO’s) are just similar to their ancestors STO and ICO. The difference is, CTO’s will sell only consumer token to the Consumers who can purchase a product or services through by getting this token. This consumer tokens are not securities and are not made for trading purpose.

Joseph Lubin, the founder of Consenys- a popular blockchain solution company. The talk of consumer token offering has come to limelight after his speech in a popular festival SXSW, that we held in Texas.

The bottom line of his speech is,

Joseph Lubin stated that his company, is gonna launch around 4 to 5 CTO’s, the most notable token launch would be the Civil’s CVL token. Civil is a blockchain based journalism network, and which was funded by consensys.  The Civil’s CVL token would be a consumer token and that would be open to everyone.

The common question which is asked against CTO is, Will the U.S Securities and exchange commission accept CTO’s or not?

Lubin had a strong answer, SEC will approve CTO, As the consumer token offerings are not implicating the US SEC laws. Behind his answer there are a lot of reasons, that will lead CTO’s to be approved by SEC. Let us see what are the reasons.

1. These tokens are fundamentally designed to be used or consumed
2. These tokens are designed by the consumer token framework which was developed by consenys powered crypto legal consortium The Brooklyn project.
3. This tokens can’t be resold, as any unproven, speculative financial elements
4. This tokens are just similar to Utility tokens of ICO but aren’t rebranding of that kind of tokens.
5. These tokens will not be skyrocketed in value, and can’t be traded.
6. These tokens will not be considered as securities
7. The General Counsel of Consensys, Mr. Matt Corva states that there is no need to register CTO in SEC, as this kind of tokens are not Securities
8. The CTO Sale is not an investment contract, securities or any other instrumental
9. One can claim a product or service with customer tokens.

You may ask now, are consumer tokens are utility tokens?. Absolutely not, the entire mechanism is different. Utility tokens can be rose in value and can be traded in the exchange website. But, customer tokens are solely made for the purpose of consuming goods and services.

Another Reason that Proves CTO will be Approved by SEC.

According to SEC, if a token is properly developed, structured, marketed and having a clear use case will not be considered as a security. So this is just another proof that CTO will be approved.

Proof of CTO’s: The Two Promising CTO Launches By Consensys

1. The two crypto startups that have used consumer token framework for CTO launch are CIVIL, and FOAM.

2. CIvil is a blockchain based journalism network, that gonna make their network by selling consumer tokens to the newsreaders. So, the consumer who gets CTO token will get timely news as they get a membership token of CIVIL. This CVL token will lead people to read news from ethical newsrooms.

And another project is FOAM which is just an alternative to GPS. Foam Says it can prevent false location and can commend self-driving vehicles. Read more about FOAM project here.

How to Create Consumer Tokens?

1. Consumer Token Design
2. Project governance and operation
3. Responsible token Distribution.
4. Clearly define the purpose of Token Distribution
5. Token Supply
6. Mitigation of Conflicts
7. Token Safety and Security should be clearly defined
8. .Clear objectives on marketing practices
9. Should define how the token could empower the consumer
10. Should be compliance with applicable laws

Do you wanna check out the detailed things regarding Consumer Token Framework, Check out the Brooklyn project here.

Check out the general Q& A on Consumer Tokens

Hope I have covered a lot more enough things regarding consumer token offerings, as like you we too waiting for the new token offering models to be raised on the cryptocurrency market.