How Security Tokens Can Be Created In Blockchain? 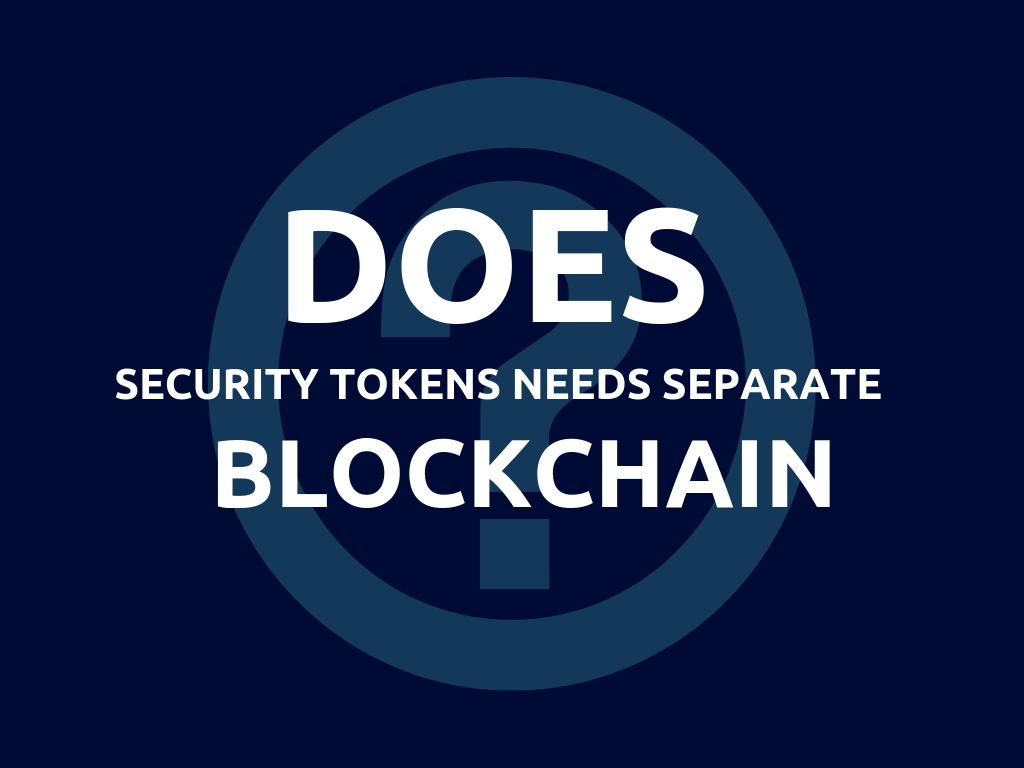 This made Initial Coin Offerings move aside and providing a way to security token offerings to move forward on crypto world . In this blog let me tell you something about security token and security token blockchain's architecture .

Security Token is one which says YES to Howey's test . In short , the tokens which allows investors to claim for profit / share after the launch of ICO are known as security tokens . Hence , the process is termed as a new form of ICO ,called Security Token Offerings (STO ) .

The blockchain building blocks can be imagined into two tires  for easy understanding .

An assets represents the legal ownership claim , represented by set of documents of ownership of specific physical or virtual entity .

Owner are individuals who have ownership on specific entities or assets .

The ownership of assets should be estabilshed by legally reputable financial institutions .These institutions should participate in the blockchain network as validator nodes .

Expert Delegate nodes  that represents different players in the architecture of financial systems,  abstract functionalities such as legal assessments, broker-dealers, clearing-custody and other key participants in crypto-security transactions.

The basic protocols responsible for the creation of on-chain representation of real assets .

The participants and the assets should be identified both legally and technically .

A protocols that maintain  the validity of a transaction on financial correctness and on immutable transfer of ownership .

The ability to establish privacy protections on different information sets related to assets and owners comes under privacy .

Oracle is  responsible for access of off-chain data that is relevant to crypto-securities .

This involves the protocols that are used for the implementation of debt , equity and derivative tokens .

Owners and the one in validator nodes  should have the ability to disclose material information that can be relevant to the price and validation of a security token. The mechanics of such disclosures should be abstracted in a security token blockchain.

2. Do We Need a Blockchain for Security Tokens ?