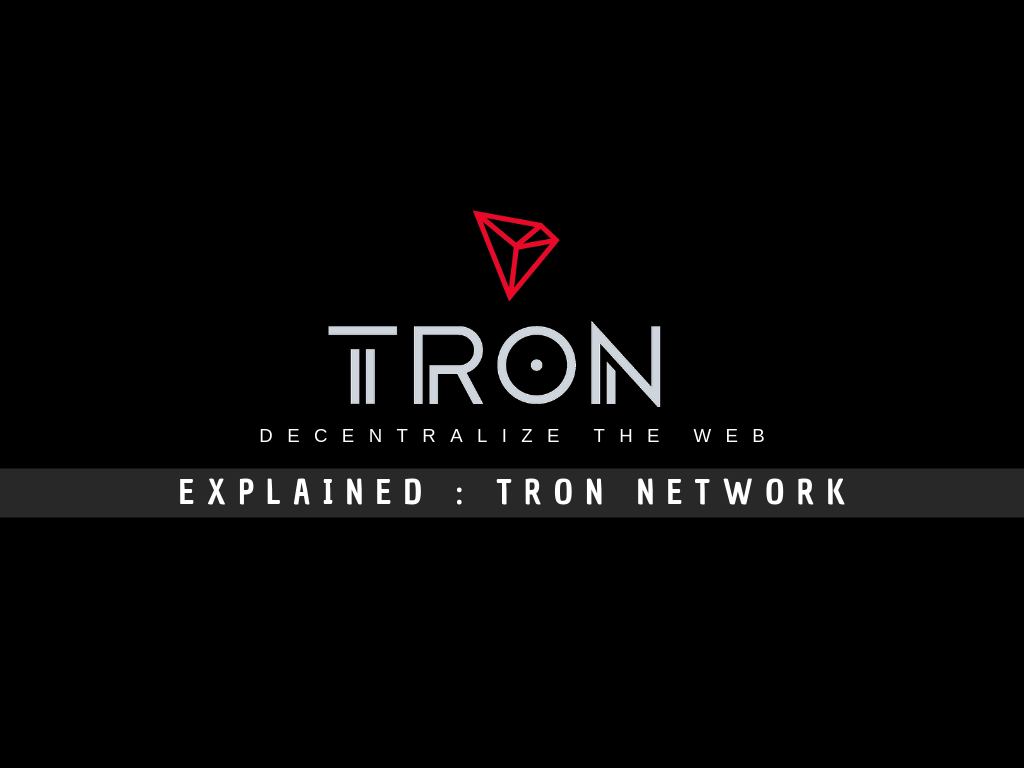 TRON - The most searched term on the Internet today, Everything about TRON is goes viral and only few people alone knows What Exactly TRON Is? How TRON Works. So we are gonna explore you the complete knowledge about TRON Today.

Before getting in to this article we just want to give a one line intro about TRON.

TRON is nothing but a blockchain like  EOS, Ethereum, and Bitshares. Just like every other decentralized blockchain network, TRON is also having some specific protocols, own blockchain explorer, own cryptocurrency and have been introduced with a specific intention. TRON Dapp Development is the process of developing dapps by leveraging the TRON Blockchain Explorer.

So, Let’s look out what is TRON in Detail, why TRON has been created? What is the proprietary cryptocurrency for TRON Network, The current market growth of TRON, & How to build a Dapp On TRON Network.

As said above TRON is a blockchain that is specially made to build decentralized p2p  media network all around the world.

TRON was introduced on september 2017 by Justin Sun, the former chief representative of ripple in China. The team tron have come up with a promising road map, and have launched their ICO  in 2017, Unexpectedly the ICO has raised a huge fund which nearly worth of US$70 Million.  On December 2018 Justin sun, have announced the TRON Foundation have locked up a massive amount of TRX Tokens. (i.e) Around 34.2 Billion TRX Tokens will be on circulation by January 2020.

TRX is the official cryptocurrency of the TRON Blockchain. Unlike other cryrpotcurrency TRX has the focus of becoming humans asset rather than benefiting cryrptocurrency traders alone. TRX can’t be mine, but we can buy TRX on major cryptocurrency exchanges like binance.

Check out the list of exchanges where we can buy TRX

The tron.network states that TRX Transaction Process System (TPS) is higher than BTC and ethereum. The TPS is compared as below.

TRX Network can handle 2000 transactions per second, where as BTC and ETH have only 6 TPs, 25 TPS  respectively.

Around 58 Million Worth of TRX are traded on daily basis in major exchanges.

So far, we have discussed What is TRON, What is TRX, and the current market cap of TRX on Cryptocurrency market. Now Let’s discuss why TRON Has been introduced.

Why TRON has been introduced ?

We know blockchain gonna disrupt a set of various major industries, in which media & Entertainment was also queuued. But We don't know how exactly blockchain will benefit the Music, Media, games & other entertainment niches. TRON has been Introduced to answer all these question.

TRON Has been introduced with the intention of making a decentralized peer to peer media & entertainment eco-system. So with this blockchain protocol, publisher can directly deliver their digital content to all the nodes inside the P2P network.

In simple term, in future people can buy any music album directly from the composer or publisher. Likewise, games and other digital content can be shared via these network directly to the end user.

So the punishers don’t have to wait for a channel on youtube, itunes or any other centralized medium in order to distribute their media to audience.

Based on this we can make any kind of dapps on TRON which may be games, gambling, collectibles, exchanges and more.

In centralized Digital content delivery systems like youtube,Itunes, google play store and etc. they have full control over the cost of purchase and the content they produce.  So from the consumers side it is become a biggest barrier.

So TRON benefits both the publisher and consumer

Storage Layer - This Layer Packed up with all storage protocols, which will consist of wallet blocks, states storages and GRPC,

Application Layer : Dapps Developers can develop and deploy inside the TRON network and can customize it with the support of this application layer.

TRON uses a proof-of-stake (DPoS) system. So,  Witnesses can be selected by TRON Power holders and then the witnesses can be rewarded for validating blocks

How To Build DAPPs On TRON Network?

Hope you had a deep technical introduction on TRON blockchain. Now We have came to the Core concept of this article(i.e) TRON Dapp Development

As TRON is an open source platform & it has a full suit of developer tools it lets the developers to build brand new dapps by leveraging the TRON Blockchain.  TRON network has a wide range of scalability, so we can easily deploy smart contracts which allows high efficiency while transactions happens in side the P2P network.

Steps in developing a Dapp on TRON Network

What kind of Dapps can we develop inside TRON network?

We can develop TRON Dapps based on games, gambling, exchanges, Media,  collectibles like cryptokitties and etc.

How TRX is used in TRON Dapps?

TRX is used as a token in TRON Dapps, or any TRON Blockchain Based Decentralized Network.

Any user who wishes to get content from a publisher have to pay required amount of TRX tokens.

As said above TRX can be purchased at any exchanges but only with ETH, BTC, or any other cryptocurrency. Currently We can’t buy TRX for Fiat currency.

What bitdeal can afford you in TRON Dapp Development

Bring us your ideas to us, Let’s power up the digital ecosystem with astonishing TRON DAPPs.

Tron DApp Development...
4290
Prev Next
Contact US
Let's Talk About Your Next Move.