What is aeternity blockchain? 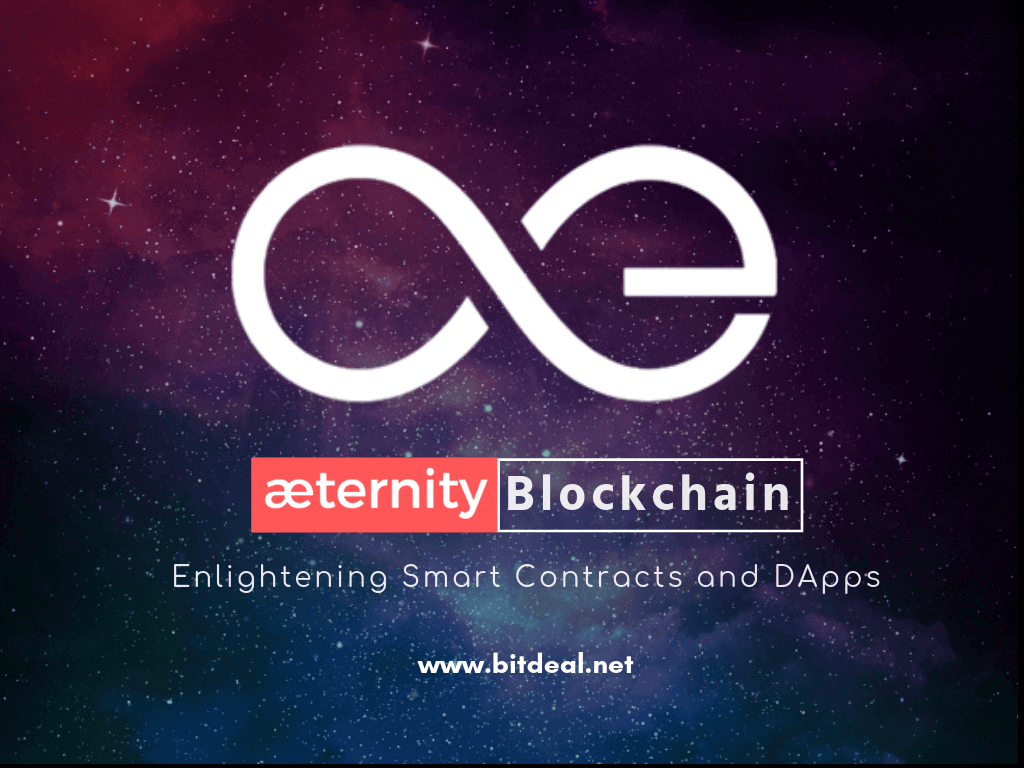 As many blockchains and tokens coming onto the market in recent years, it finds hard to stand out from the rest of the crowd. Many cryptocurrency and blockchains try to find a niche that has not been exploited yet, by which they can find their own corner of the market to become visibility without facing any competition.

Here we gonna discuss Aeternity Blockchain in detail by covering the following aspects.

Aeternity Blockchain includes a "Decentralized Oracle Machine" that brings in data from outside sources to be used in smart contracts.

Aeternity was founded in 2017 by Yanislav Malahov, who famously calls himself the ‘Godfather of Ethereum’. He actually worked a lot for Ethereum, before it was named and he disagreed the process of ethereum. So, he started his own project under the name called        " Aeternity " which had its white paper and initial coin offerings in April 2017.

The mainnet of Aeternity know as " ROMA " was launched in November 2018.

Aeternity ( AE ) is the crypto coin or token of aeternity blockchain. The Aeon token ( AE ) launched in 2017and initially traded as an ERC-20 token on Ethereum while Aeternity is in testnet.

Aeternity blockchain provides faster service and increased security which many of its competitors fails to provide.

Aeternity blockchain uses a " Hybrid Proof of Work and Proof of Stake " consensus algorithm. We already know that Proof of Work requires high computational power, which results in a high consumption of electricity. PoW allows people to gain a chance for minning only when they have the most powerful computers.

Instead, Aeternity network uses the " Cuckoo cycle " that works on depending on computer memory bandwidth. This allows any laptops to tablets to mine AE tokens.

Aeternity blockchain governs the whole network by giving all stakeholder to know about in what happening inside the blockchain network. The more tokens or coins you have, the more weight or power you carry in the network.

Aeternity blockchain aims at building a real-world data for smart contracts. For Example, Some contracts require outside informations to be fulfilled such as weather, share price and so on.

Oracles act as a supporter that retrieve and confirms all those informations on behalf of the smart contracts.

As it doesn't support for stateful programming, the parties of the contracts are responsible for maintaining the state of the program. In ethereum, stateful programming is important for building smart contracts or dapps. Aeternity platform renders a way that solves the problem of state sharding which is faced by Ethereum.

Aeternity blockchain's smart contract runs in a language called Chalang that compiles to bytecode. To make, the process of building smart contracts on aeternity as developer-friendly, the team of aeternity is planning for creating JS libraries and JSON APIs for web development

The DApps developed on aeternity blockchain are called as "aepps" which are open source applications. Aeternity always prioritizes the mobile design and user interface or user experience while developing decentralized application on its platform.

Building useful aepps from day one is the focus of Aeternity to establish a foothold in the crowded DApps platform race. The launch of the mainnet of aeternity demonstrated the capabilities of the Aeternity network.

Aeternity aims to attract mobile and web app developers by providing easy to use javascript tools, kits and compatibility with the React framework.

In many blockchain projects, Oracle provides access to data hosted outside blockchain networks such as weather update or price of gold, etc. It also represents the security risks and point of failure, since makes it to be centralized.

Aeternity blockchain provides decentralized oracles with the help of the oracle machine. This makes data outside the blockchain to be immutable and unchangeable as it reaches aeternity network. Aeternity implements a prediction market for extra security through which users can bet on the accuracy level of incoming data from different oracles.

Aeternity is in direct competition with the biggest smart contract blockchain on the market, Ethereum. Other blockchain platforms like TRON,LISK, EOS which are used for deploying smart contracts and dapps competed with Aeternity.

Aeternity is widely spread for its mobile-first, built approach. Besides state sharding, moving smart contract execution off-chain is the biggest front in scalability for blockchain applications. Aeternity is on the cutting edge of that process. Aeternity proves to be the aspiring blockchain network for building dapps and smart contracts.

In the future, there will more dapps and smart contracts deployed on aeternity, because of its approach to scalability and mobile friendly access.