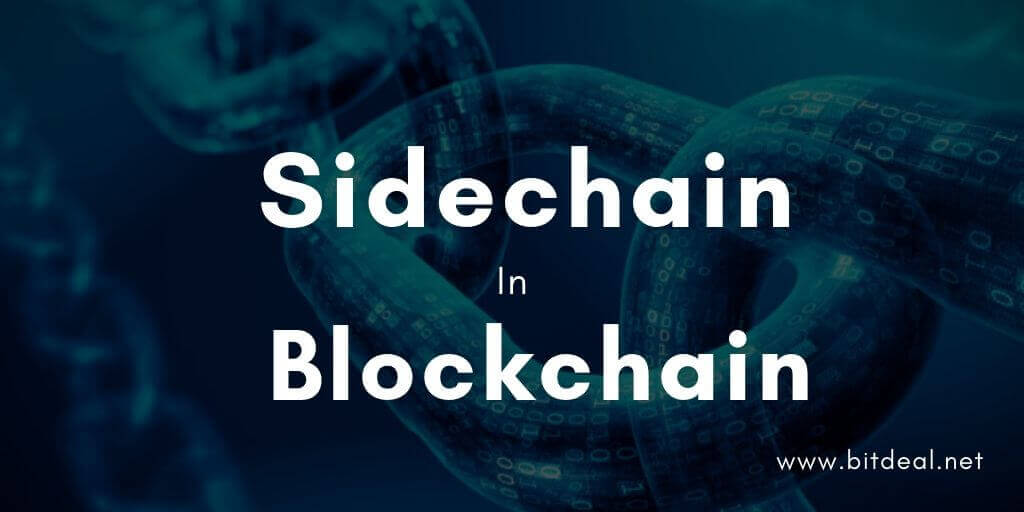 Blockchain has becomes a game player for all tech industries , as it cultivates the reasons for improvement in all industries scope and visibility. This trending technology too , faces some issues over the past years . To overcome all issues of blockchain , there emerges a new concept called sidechain, the extentsion of blockchain .

Sidechains are prevailing over years in crypto world , but it first blasted out in 2014 when many authors wrote about  an academic paper introducing Pegged Sidechains.

Before knowing about the sidechains , let us first list out the major issues that exsits in blockchain .

The ability of the system to handle the growing amount of work by changing its size is known as scalability . Blockchain finds it difficult to withstand its scalability as there is a huge amount of applications of blockchains day-by-day .

Interoperability refers to the ability of a computer software / system to operate, exchange and uses the information instantly . Blockchain suffers from interoperability issues over the years .

The term liquidity refers to the volume of activities performed by a product / brand  in the market . Liquidity of blockchain strikes to the bottom in recent days .
The chain fork , code fork  and sidechains be the solutions for blockchain issues . But sidechain proves to the best solution out of all mentioned solutions .

Sidechain - A Greater Solution for Blockchain

All the above mentioned issues of blockchain are overcomed by this concept called sidechains . Thus , sidechains are considered to the best solutions for all the difficulties of blockchain .The main goal of this new concept of sidechain is to validate the transaction without affecting the whole system or network.

How to connect sidechain with main chain ?

The sidechains are connected with a main chain with the help of two-way peg , which is decentralized method and it uses SPV  or Simple Payment Verification process.

How does sidechains works ?

The assets/ cryptocurrency are not directly transferred but follows some steps.The transactions of coins or assets to sidechain works as follows . Let us assume the transaction of asset is from main chain to one of the sidechains.

1 . First , the assets/coins are transfered to an address and locked there for some period of time.
2 . When it is locked under a special address it is assigned as "unspendable" tag which shows that it is the assets that is not spended and available for transacting .
3 . Then,  SPV confirms the transcation of the assets .
4 . After the verification process , the assets gets transferred to the sidechain with a small delay in time .

The above process is same for tranferring a asset from any sidechains to the main chain . This transaction process is a decentralized way . It can also be made centralized process with the Federation sidechain system .

The main properties of two-way -pegged sidechains are as follows :
1 . The assets that are transferred to sidechains can be moved back to the main chain .
2 . It allows transactions without any counterparty risks .
3 . The important property of sidechains is , they are independent . ie., the hacks or affects on any sidechain will not have reflections on other sidechains or main chain and vice versa .
4 . The transactions on particular sidechain are untrackable by the users who dosen't use/belongs that sidechain .

The notable sidechain implementations on recent years are listed below :
1 . Rootstock has created an open source testnet called Ginger for its sidechains .
2 . Ardor’s Blockchain which uses POS mechanism implements its childchains for global transactions of assets .

Future of Blockchain with Sidechains

Blockchain with its new dimension called sidechains can surely make for better future . Developments in  sidechains will go a long way in bringing  better liquidity, interoperability, and scalability of the blockchain and cryptocurrency globe.

Sidechains will sound louder within few days and by 2020 , there will be no blockchain present without its sidechains .

Let us hope for a good revolutionary changes by " Sidechains- The back-end Player of Blockchain Technology . "

Sidechain - Will be the one that sounds...
3355
Prev Next
Contact US
Let's Talk About Your Next Move.