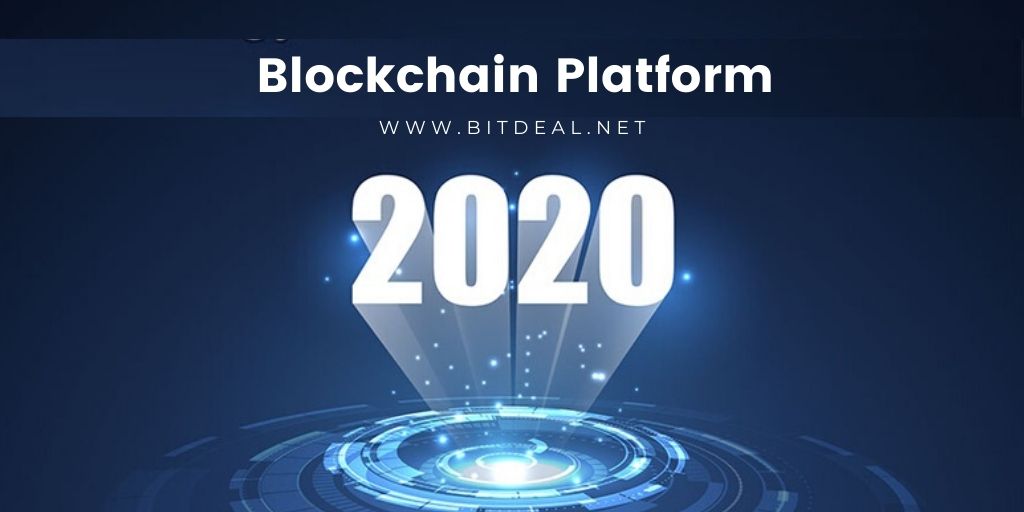 It is said that the Fastest growing buzzword which flooding us every day is blockchain. Blockchain technology is being one of the predominant and swiftly thriving skills in the IT sector today. Despite the word, blockchain has been already the talk of the tech world, now it has taken its stand quite steady towards its lateral.

However, Blockchain evoked its way to transfer bitcoin from peer to peer, but now it is being utilized by a host of massive companies to monitor and move any number of assets around the globe as smoothly as sending a mail.

Now, this forefront technology is being the solution to various industries, enterprises, startups, and SMEs. One more thing that I want to insist here is, don't take Blockchain as a Sun. Instead, take it as a Solar system that is every planet has its own path like that every cryptocurrency has its own separate Blockchain, and not every blockchain support smart contract. Am I clear?

Every industry has various separate blockchain that explores the capability of building decentralized applications. As a result, the dApp development is directly proportional to the number of a blockchain platform

Blockchain is a technology that could be sheared up by a common denominator called crypto. In detail, Blockchain technology is a decentralized ledger that keeps track of every transaction that takes place across a peer-to-peer network.

There are both Public and Private versions of blockchain which also has a consensus mechanism.

Public blockchain as its name suggests, it's open-source. It allows anyone to participate as users, miners, and developers.

1. It is completely decentralized
2. Has transparent transactions
3. Has token involvement

1. It is completely centralized
2. Transactions won’t be visible here.
3. may or may not have a token involvement.

How blockchain is helpful to business

Immutability in blockchain enables the companies to ensure that the data stored cannot be modified or altered. If any alteration in information will alarm the system.

Transparency in business will let the users keep track of every information in the network. A public blockchain has transparency in its nature.

Both the creator and the consumer can participate without getting any permission from a big centralized authority. Decentralized service gives people complete access to the sector out there.

Utilizes a high-level cryptography algorithm to secure the data and systems on the blockchain network. Every block in the network will have a unique hash, to prevent malicious activities.

Ethereum Blockchain has its own native currency called Ether, to facilitate the ethereum ecosystem. This blockchain platform allows the organization to develop, test and deploy dApp that runs with no downtime and third party interventions and has to pay charges in Ethers for running apps on the etherum network.

Hyperledger Fabric is an open-source distributed ledger framework, launched by Linux Foundation in2015. As it is a private platform it requires permission to access the information and transactions.

This Blockchain Framework is intended for building blockchain-based applications, products, and solutions using plug-and-play components for industrial enterprise use. In January 2020, Fabric 2.0 was released and the main features of this version are faster transactions, updated smart contract technology, and streamlined data sharing.

The EOS blockchain platform was launched by Block.one company in June 2018. The purpose of this platform is for the development of Decentralized applications and also it aimed to solve the scalability issues of Ethereum and Bitcoin.

Without paying any fees, everyone can avail of the benefits of a dApp based on EOS. EOS Blockchain platform utilizes a Proof-of-stack mechanism and has its own EOS community forum which will permit developers to discuss their queries related to blockchain technology.

Ripple is a public blockchain ledger that aimed to facilitate cross border payments for goods and services through "XRP or Ripple", also connecting digital asset exchanges, banks and corporate via a blockchain network.

Similar to ripple, Stellar is a distributed blockchain ledger that aimed to facilitate cross border payments between any pair of currencies. Using the stellar network, it is possible for developers to construct mobile wallets and smart banking tools.

R3 Corda is an open-source distributed ledger blockchain platform, launched in 2015. In spite of allowing the entire network, the R3 codra allows only authorized participants to access the particular data and ensures a high-security level.

Corda is a cutting-edge blockchain platform, allows the transaction to be done with a smart contract. It doesn't support any cryptocurrency or token-based payments which only allows the authorized participants to access the data.

Due to its security level, initially, it was set to financial services, later it is applied to various use cases like healthcare, supply chain, and government authorities.

Waves is an open-source blockchain platform, helps to build a decentralized exchange where users can trade their tokens and any other assets issued on waves platform. Waves were launched by a Russian physicist, Alexander Ivanov in 2016.

The creation of own crypto tokens is possible without any programming codings and the token can be utilized for crowdfunding. The token can also be used as payment for products and services within their applications

Unlike other blockchains, Quorum uses voting based and different algorithm to process the transactions. This platform was launched by J.P. Morgan and is considered to be the most preferred blockchain for the business and financial industry.

It is an open-source blockchain platform designed to handle a high level of transactions.

Monero platform was launched in 2014 and is similar to Bitcoin. It is an open-source platform, each transaction is stored in a secured manner, hence it is considered to be the most preferred blockchain platform in the crypto market.

The OpenChain is developed by Coinprism, which is an open-source distributed ledger. This Blockchain platform is highly suitable for organizations to those, who wish to manage and preserve digital assets.

It works on Partionned consensus and no miner in the Open chain platform. Here the transactions are free of cost and each transaction is validated by the asset owner.

Due to the significance of the blockchain Platform, every industry and business started to join hands with blockchain. As days pass by, various new blockchain platforms have also started to emerge with new extra features and functionalities with rigid security.

Hence, it is the correct time for you all to choose the best blockchain platform that suits your business and organizations.

Reach our experts in person to discuss in detail about your requirements on developing Blockchain.

Get a Free Live Demo.
Talk To Our Experts Now