How to build a Combinable NFT Platform Like MetaCore with EIP 3664? 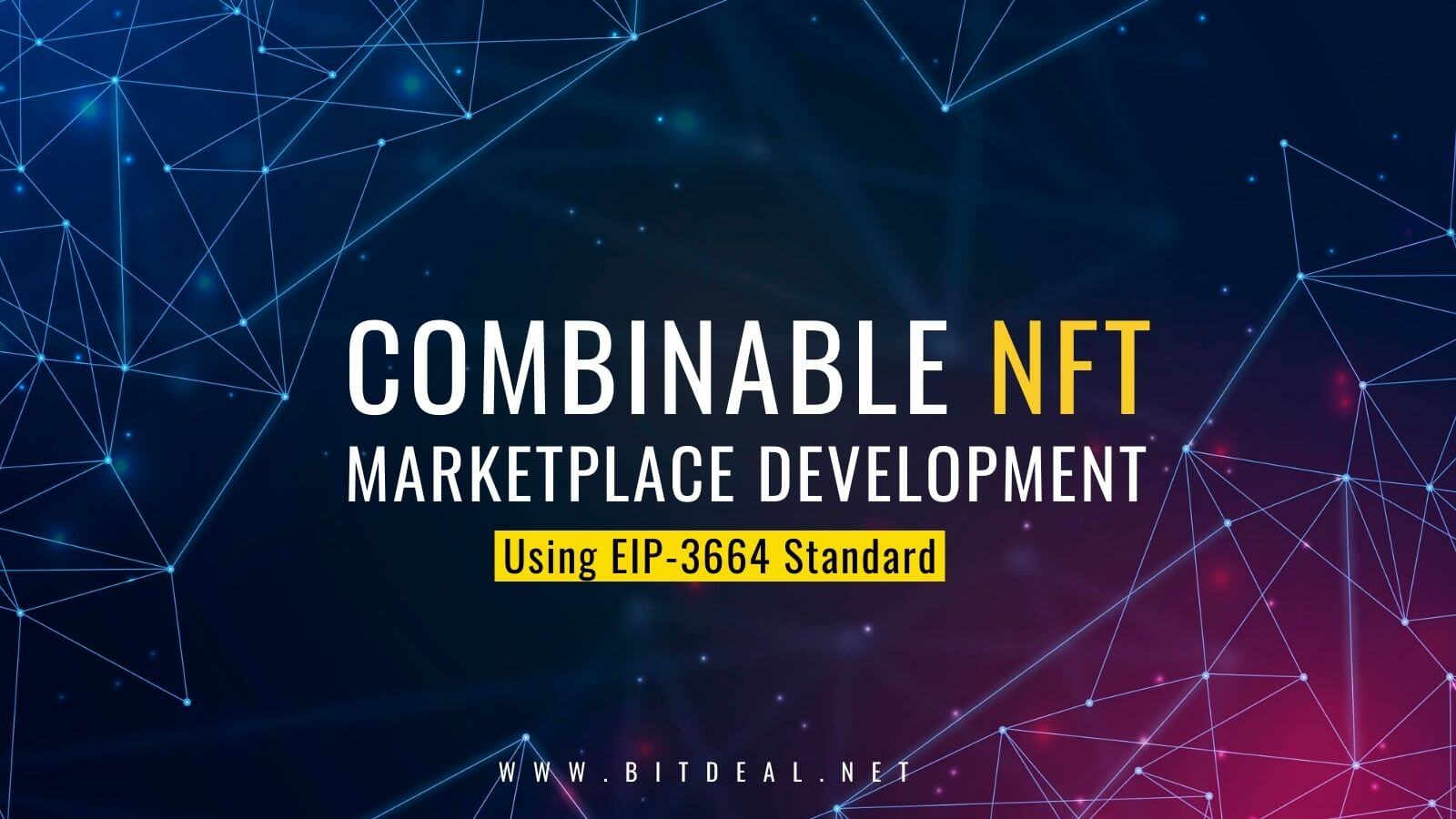 The next big step in NFTs and on-chain development will be the EIP 3664 module. This new token standard allows NFTs to be broken into a system with users able to sell individual components or purchase parts from others for creating new ones.

The ability to utilize digital assets in different ways that you can not do currently on any other platform can be a groundbreaking development. This EIP 3664 set is the way to make the next era of NFT Standards.

Let us look at EIP 3664 which transforms NFT assets usage to the next level.

EIP 3664 is a new standard that allows NFTs to be modular and allows players to sell or purchase components. This EIP 3664 is the next-gen layer for developing NFT and for on-chain development with functional improvements for previous 1155 and 721 standards. The main advancement of EIP 3664 is its disassembly and assembly features. The inherent capability to separate & assemble anything of this standard EIP 3664 allows anyone to create an unlimited combination of all NFTs.

Any number of users can use EIP 3664 for creating an infinite number of various products with no repetition of works. This customization level paves way for the extendability of metaverse ecosystems and NFTs.

The most significant features of EIP 3664 are

Specialties of EIP-3664 in NFT Space

EIP 3664 is the first-ever platform-level ERC which delivers on its promise but also draws upon the community-based fanfictions, the creativity of modding, and also open source communities and formalizes each of them into a highly transparent operating system.

This EIP 3664 represents a new form of ownership that transforms and revolutionizes the way we interact with digital objects. With EIP 3664 ownership no longer being a frozen state.

The infinite customization of EIP 3664 can be applied for any virtual goods on various mediums that include video games, art projects, social media apps, and more implying true cross-functional compatibility.

The flexibility of this EIP 3664 architecture offers limitless possibilities for the expansion of NFT Features.

This MetaCore is nothing but an identity system and a layer 2 ecosystem that allows any metaverse citizens to join in alternate metaverses through a unique MetaCore Identity. Along with the ability to connect with multiple metaverses and the potential for creatives to be involved in cross-chain and open source, community collaboration is exponential.

The Major Attributes of MetaCore are as follows:

MetaCore uses blockchain-powered smart contracts which allow users for signing contracts with others to set their own specific conditions and terms that are traceable through blockchain.

NFT Loot boxes are one which is now a hot item in NFT space but it offers NFT Prizes with very low functionality. Legoot, a loot-like project that aims in utilizing the full power of EIP 3664 enabling loot props that are changeable.

MetaCore is adapted with multiple metaverse blockchain games and also with Legoot.
NFT Items are held for singular purpose and values but now in Legoot NFT assembly toy enable free assembly and disassembling of their own parts which are sold individually.

What is a Cradle?

This is a prehistoric blockchain MMORPG Games and it is possible to subvert the whole entire blockchain games via powerful and unique features of EIP 3664.
All the new games NFT attributes are summarized into four categories:

NFT attack power & health that can be reduced or increased.

In case of damage or other circumstances, the NFT Attributes can be transferred to other NFTs

With other attributes values, the players can pay to upgrade the NFT level.

NFTs which evolve over time and simulate the time attributes in the real world make NFTs possess time-varying characteristics.

The flexibility of this EIP-3664 which is multifunctional architecture offers unlimited possibilities of expanding NFT functions.

In the past users could only buy an NBA Player card, but now they can buy a whole team NFT with many individual players.

These EIP-3664 smart contracts are reusable as building blocks and create countless new use cases beyond blockchain.

MetaCore is looking for NFT Game Co-operation as it enters Metaverse.

We Bitdeal - Leading Token Development Company Is doing  R & D about this new NFT standard EIP 3664. By knowing the potential of this modularity architecture that revolutionized the NFT space, Bitdeal started developing and deploying NFT Tokens on EIP 3664 standards that can be reused and highly compactable.

If you want to develop your own reusable NFTs on EIP 3664, you can catch our experts who are always available for the EIP 3664 NFT development. We also develop NFTs on all token standards that your business requires.

How to create an NFT Marketplace Using EIP 3664?

Why Should Bitdeal Be Your First Choice When It Comes To Combined NFT Marketplace Development?

Here are the reasons to choose Bitdeal for your own Combined NFT Marketplace Development.

Get A Free Quote From Bitdeal !!