Tezos - A Blockchain That Empowers ICO

Find out how Tezos can support ICO launches. 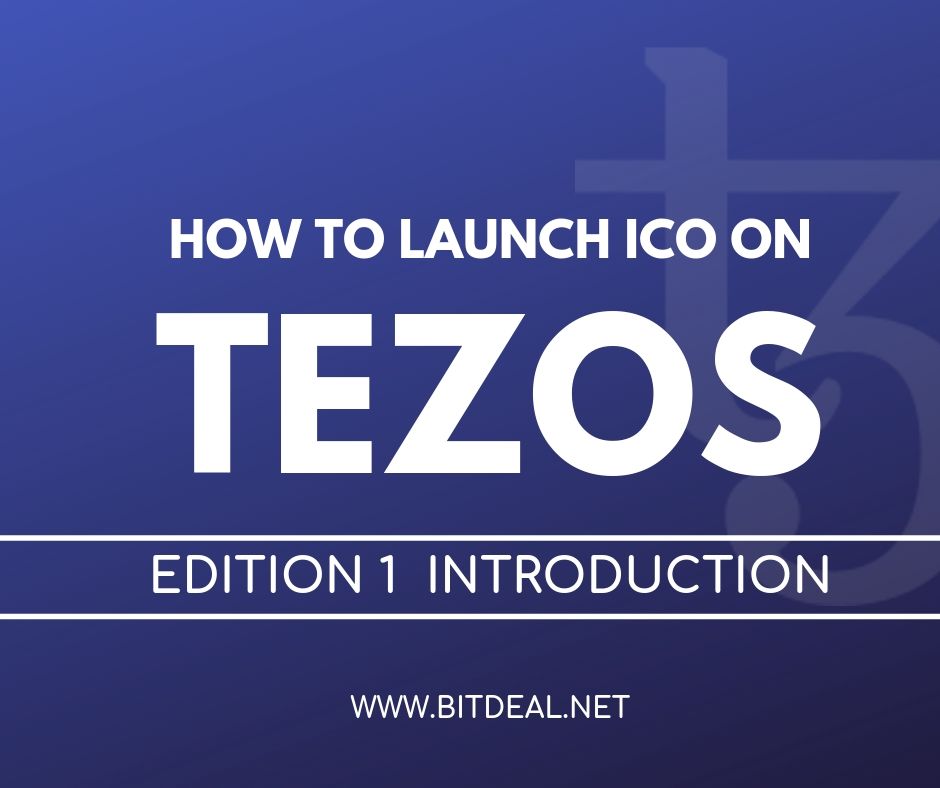 Before understanding about How To Launch ICO On Tezos, let's go back to the past, and recap the journey of ICO to understand why Tezos become a preferable blockchain to launch an ICO.

The Journey of ICO  - Infant Stage

ICO - A predominant crowd-funding model that has powered up the cryptocurrency industry with innovative projects and has enlightened a lot of startups by boosting up their initial capital. In 2016-2017, ICO's were found to be the king of crowdfunding and has helped a lot of businesses by collecting billions of dollars in a very short period.
Before ICO arrives in the cryptocurrency industry, there was only one blockchain, and there was only one superior cryptocurrency, that is bitcoin,  which has ruled the entire industry. Even though there were many altcoins like litecoin, dashcoin, etc, All those crypto troops solely belonged to the blockchain mechanism which was held by bitcoin.

Ethereum Was The First Blockchain Which Powered Up ICO

The kingdom of bitcoin has slightly faced fear after the arrival of new Blockchain “Ethereum”. Ethereum has been introduced with the motto of enlightening the crowdfunding Model ICO. Ethereum has its own cryptocurrency ETH, that is ethereum coin. The blockchain Mechanism which ethereum has to hold were completely different from the blockchain that bitcoin holds.

ETH has two types of characteristics. One as a token, and another one as a cryptocurrency. But during the initial stage when ICO started to bloom, ETH was exposed its 90% of usage as a crypto token. As the ICO started to the hype, it simultaneously created branding for Ethereum.

The Mid Age Of ICO

During the mid of 2017, there were some unexpected ICO Spams has happened. This made the people to lose their trust in ICO Launches. Because of this unexpected hurdles, many ICO's on queue were dropped.

How ICO Spams have happened?

To understand this we must know how ICO's will work.

Let me, convey this in short.

As we already know, ICO is a crowdfunding process. An ICO can be launched by anyone who needs capital fund for their startup, project or any business. Investors can be invited to the crowdfunding portal, through marketing, digital ads, social media ads, and by word of mouth. The crowdfunding portal may be a permanent or temporary website. The website will be enclosed with a deeply described white paper which will have the entire moto of the ICO Launch and how the investors will get benefits.

Any investor who is inspired by the concept of ICO can invest their money during the crowdfunding process. The crowdfunding method of ICO follows a unique strategy (i.e) anyone who likes to invest their money, should buy the tokens issued by the issuer. This kind of tokens is Utility Tokens. So, for the money the investor invest he will get acknowledged by issuing the tokens. The Value of Token will be decided by the issuer.

The Entire crowdfunding process will be done for a certain period, which is based on the issuer side decision.

What Comes Wrong In ICO CrowdFunding?

ICO's can be divided into segments, that is Pre ICO and Post ICO. Pre ICO defines the things that happen before the crowd sales and Post ICO defines the things after the crowd sales. During the Pre ICO process. An Issuer or a company who launches an ICO must promise the investors by ensuring they will get a share from the profit or they will get acknowledged with anything for how much they invest. But, what happened was completely different.
Most of the ICO's were failed to meet the promise which they actually did during the Pre-ICO. Some started to wind up their ICO and absconded without any prior information. So many investors get spammed by a lot of ICO Failures.

At last ICO crowdfunding has declared as untrusted crowdfunding methodology. So, many countries started to ban ICO Launches. Even Google, Medium, Facebook and other social media started to restrict the ICO promotions.

Note: ICO's spams have never affected the growth of ETH. Still, Ethereum plays a vital role in the crypto market

What Happened After The Failure Of ICO?

After the ICO failure, businesses started to find out some other secured crowdfunding process. This becomes the reason for STO to arouse in the cryptocurrency industry. STO's are completely restricted crowdfunding model. It enclosed with a lot of legalization process. STO has powered with Security Tokens. You can understand in detail about STO In What are security token offerings?

After STO, More crowdfunding model like IEO, ETO are started to emerge and are still in use. You can check what is IEO - Initial Exchange Offerings here.

Blockchain arrivals Have Boosted up the need For ICO

While one side of cryptocurrency industry witnessing the arrival of new crowdfunding models, The another side has been enlarged with the arrival of new blockchain networks, Likes TRON, Minter, Waves, Stellar, R3, Corda, Aeternity, IPFS, LISK and more.

For example, TRON has initially created their token in ERC 20 standards then those tokens have been migrated into TRON Blockchain by converting them to TRC10/TRC20 Standards.

So, this is the journey of ICO still now.

Why Tezos FOR ICO?

In recent time, we have witnessed notable arrivals of some significant blockchains, Especially TRON, Minter, Stellar, LISK and more. Each blockchain has some significant goals and will benefit any particular industry or can power up any particular concept. For Example, TRON has the motto of creating a decentralized entertainment network. Minter has a moto of favoring the Mining process. LISK to favor dapps and smart contracts.

So, for any new advancements and technology upgrades, we were in the need of a new blockchain and a cryptocurrency to fulfill the functionality of that blockchain. To avoid this continuous arrival of new blockchains, There comes a new technology to stop all these things.

Tezos is considered to be the last cryptocurrency that we could ever need.

There's is a reason to considered tezos as the last cryptocurrency.
As like every other blockchains, Tezos also come up with a new kind of feature and with the motto of empowering smart contracts and dapps.

What are the specialties of Tezos?

The specialties of tezos are

As Tezos support self-amendments, any upgrades and technology improvements can be proposed and implemented by any single node. If there is any security issues, bugs, technology issues rise inside the network, tezos has been made to fix all those issues automatically.

We can’t give a single definition for tezos, because Tezos has the feature of completely changing its entire blockchain protocol from one to another. So, tezos can be implemented for any industry and can be used for any usage.
Tezos is under beta development, the blockchain will be on life when all the bugs got fixed. If all the above things can be possible with tezos, industry experts predict there will be no chance for another blockchain to arrive. Tezos will be the end.

Learn More Technical Descriptions and Working Strategy of by Exploring this article What is Tezos?

Tezos - The Future Of Blockchain Technology

How to Launch ICO On Tezos?

The main reason to launch ICO on Tezos, is tokens created in tezos will be capable of accepting any kind of concept, and those tokens can be customized as per the requirements even after the publishing.

As said above tezos is under beta development, So if it comes live then sure it will uplift a lot of abandoned and upcoming ICO Launches. Tezos is already made to host dapps and smart contracts, So sure there will be a lot of possibilities in tezos to successfully launch an ICO. We at bitdeal initiated to provides ICO solutions to create XTZ tokens on Tezos and write smart contracts to launch an ICO. We are currently undergoing a project to create ICO tokens on Tezos.

Here we have given a short introduction for why we should launch ICO on Tezos, In the Upcoming article, We will discuss How to Launch ICO On Tezos Technically In Detail.

Being a Blockchain Development Company, Bitdeal is ready to rectify your difficulties in launching ICO on Tezos Our team of Blockchain developers and R&D team can help you to provide you the best solutions to launch an ICO on Tezos.

If you have any queries feel free to contact our team by requesting a consultation to launch ICO on tezos.