Here is a free beginner's guide for Initial Exchange Offerings, a new crowdfunding technique as like ICO. 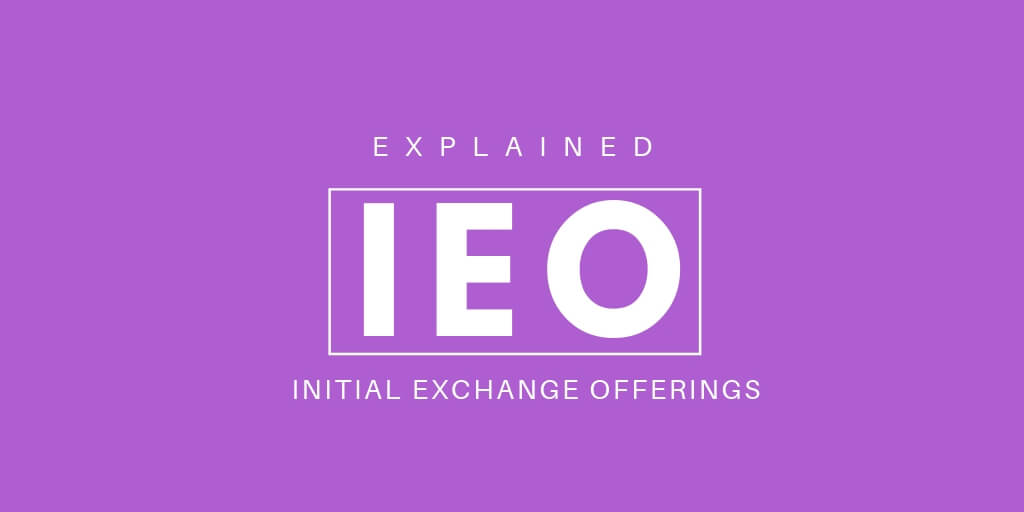 Here we gonna discuss a newer fundraising method IEO, which stands for Initial Exchange Offerings. Those who have knowledge about ICO will have known about IEO. In recent days IEO is gaining a lot more attention than ICO among fundraisers.

What is meant by IEO?

An Initial Exchange Offerings is a fundraising technique like ICO, but the IEO Differs from ICO as below.

IEO relies on a crpyto exchange portal for the whole fundraising process. In IEO, the tokens after the legalization process get listed directly into a top-rated exchange.

Listing tokens in exchanges don't require separate marketing of tokens as the exchanges already have a notable amount of traders. The exchanges take up the response for whole IEO process and even fundraising takes place in the exchange sites.

Thus in IEO, the exchanges take up the process of holding and selling the tokens instead of project team or startups. 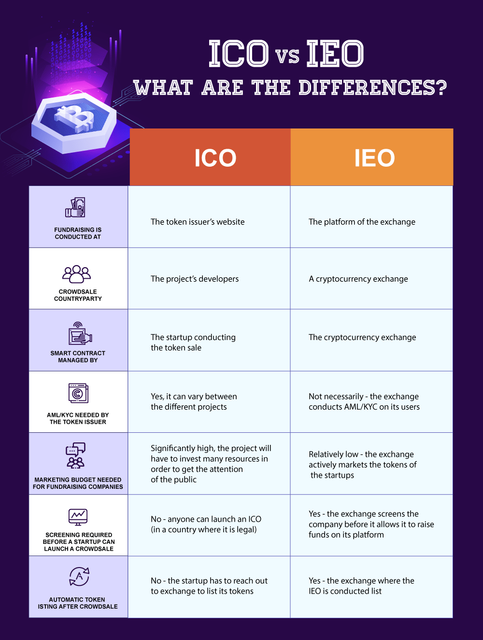 The ICO ban in China made crypto startups to find alternative solutions for fundraising for their business and projects. This paved a way for this new trend of crowdfunding called as IEO. As IEO allows for fearless fundraising over laws and authorities made them visible all around the globe.

Every business individuals drift towards IEO for fundraising as it proved to be an effective method over ICO. The concept of IEO was first introduced by Binance in 2017. But it took two years to reach high market attention and by 2019 it managed to collect nearly $7.2 million within 15 minutes. There are many successful IEO projects over the year and this attracted a lot of Entrepreneurs to choose IEO for fundraising than ICO.

Benefits of IEO over ICO

There are lot of benefits and advantages in IEO process which are explained as follows :

One of the key benefits of IEO is that here the crowdsale is conducted on an exchange which becomes like a middle man and counterparty that monitors every project processes. Exchanges basically screen the IEO projects process to maintain their good reputations. This reuse of centralization can be seen as a counter to the basic idea that created Bitcoin and open blockchains in the first place, which was to be a completely P2P network.

The main advantage of IEO over ICO is that exchanges will have an existing community of audience which IEO can make use of. The exchange’s existing resources for marketing make it easier for a new project to get discovered by a larger investor and thus launch its token offering with great success.

Thus listing tokens on exchanges will grab more number of investors than in a normal ICO process and need not to market the tokens to make it visible to the audience.

Token creators need not have to worry about fundraising security as the exchange will manage the whole IEO process through smart contracts.

Exchanges will have a well-organized legal structure which makes them regulatory and provides protections for new start-ups who normally processes IEO in it. Some Well-developed exchanges offer legal advice and access to a full legal team to help new startups travel through the hazards in the blockchain industry.

The exchange will also commonly have some kind of Know-Your-Customer (KYC) verification required in order to use its services. This, in turn, increases legal protection and security than ICOs.

How to Participate in an IEO?

Here are the steps to be followed to participate in an IEO.

1. Check whether your project is indeed conducting an IEO.

2. Check out the lists of exchanges that are hosting the IEO.

3. Sign up for an account on the exchange by finding out their Know Your Customer (KYC) and whitelisting procedures.

4. Find out the cryptocurrencies that will be accepted during the IEO and fund your account appropriately.

5. Wait until the IEO starts purchasing your tokens.

Some of the IEO platforms that are supported by popular exchanges are as follows :

Get more exchanges that support for IEO process here.

Will IEO Make a Boom Fundraising?

ICO created a fundraising boom over the past two years ( 2017-2018 ). Even though there is some notable percentage of ICOs operated by scammers which leads to the ban of ICO in some countries.

On the other hand, IEOs furnishes an increased level of trust in crowdfunding, because the exchanges hosting the crowd sales actively participate, which in turns improve the efficiency of the crowdfunding.

Therefore, IEOs have the potential of creating the next fundraising boom and also be the best crowdfunding technique until the evolution of the next new method of fundraising to replace it.

To know more about Initial Exchange Offerings and to start your IEO, you can contact our IEO experts team who provides 24X7 support system.