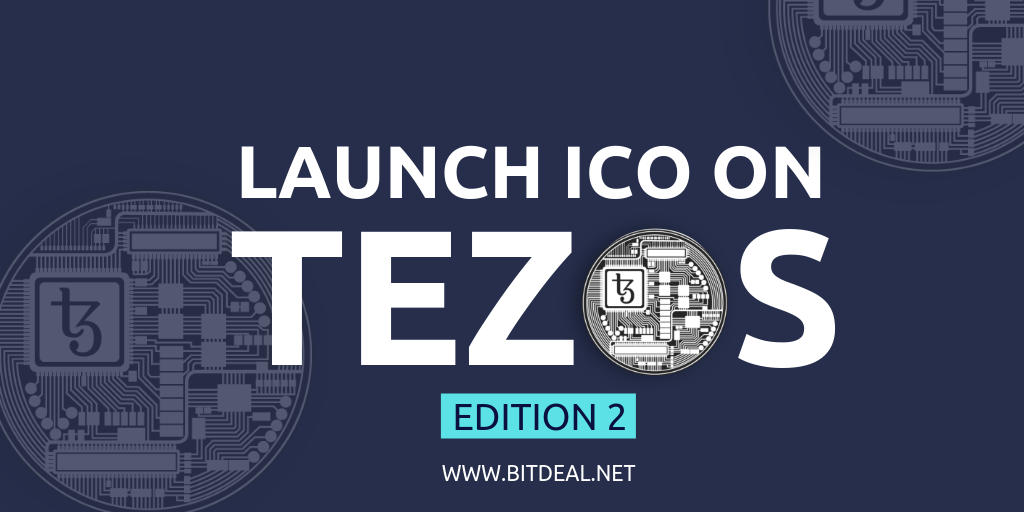 We had a brief discussion in the previous article about why tezos will be the future of ICO's, by going back to the history and evolvement of Initial coin offerings.

Now, we are going to discuss the same concept is somewhat technical.

Tezos is the first on-chain governance blockchain network that works based on self-amendment of blockchain protocols to initiate the changes in p2p distribution between the stakeholders. The highlight of Tezos is the stakeholders or participants insides the network can vote on the proposed amendments and can change the voting procedure.  Tezos allows developers and stakeholder to propose changes in amendments, after the verification the proposed protocol will be implemented into the system. Tezos is the first blockchain that initiates the collective decision-making process.

So, this is how the generic description of tezos will describe its specialties. Now, let's discuss how to launch ICO On Tezos.

The session is gonna cover below topics,

#1 Steps to Launch ICO on Tezos

Launching ICO on Tezos will be packed with the same procedure, which we do while launching an ICO on ethereum. The only difference here is, the ICO tokens are made on tezos blockchain alone, and those token will be made to accept the future changes that could be updated within the tezos network.

As you are going to launch an ICO on tezos blockchain, it is important to create a token on the main network.  In general ICO's powered by ethereum has some token standards to create tokens. likewise, tezos is also having some set of token standards.

Still, now, we could not able to find any reference that describes the separate token standards for tezos blockchain. Still, they use ethereum standards to create tokens.

During the launch of tezos betanet, they create tokens on ERC20 standards. Still, the network uses advanced ERC token standards.  You may ask me how it is possible?

For example, while launching the TRON, they made all token with ERC 20  standards and then while moving the betanet to mainnet, they migrated all ERC 20 token into TRX10 standards,So, this is how the Tezos blockchain could also do.

The mainnet of Tezos is already launched on September 17, 2018. Still, the token migration process is going. Till then, we can create tokens on any of the Prefered token standards of Tezos.

So, you may create XTZ tokens on any of the above standards.

Without describing what your crowdfunding launches for, no one will invest in your token. So, it is important to create a white paper to launch an ICO, IEO, STO or whatever. Since you are creating tokens on Tezos, you must highlight it your white paper main subject.

No matter whether it is an ethereum token, TRON Token or Tezos token, If you need a huge adaptation from investors you must market it.

All set.
Apart from the above steps, there are a lot of procedurals to launch your ICO. It will require proper consultation from experts. We at bitdeal can provide you complete consulting and technical support to launch your ICO on Tezos.

#2. Successful ICO's that are powered By Tezos

#3. The Benefit of Launching ICO On Tezos

Tezos has been already described as the future of blockchain, and industry leaders predict that this could be the last blockchain. Since tezos is capable of accepting changes any future modification or requirement needed on blockchain industry can be implemented on Tezos. So, since the cryptocurrency and blockchain industry started to gear up with new technology upgradations, we should also go with the flow.

Making or Launching ICO on Tezos will make your ICO unique.

Launch ICO On Tezos...
3375
Prev Next
Contact US
Let's Talk About Your Next Move.