NEAR Blockchain - The Best Protocol to Create Your Own NFT Marketplace

Know in detail about the NEAR blockchain, the Ethereum Killer. 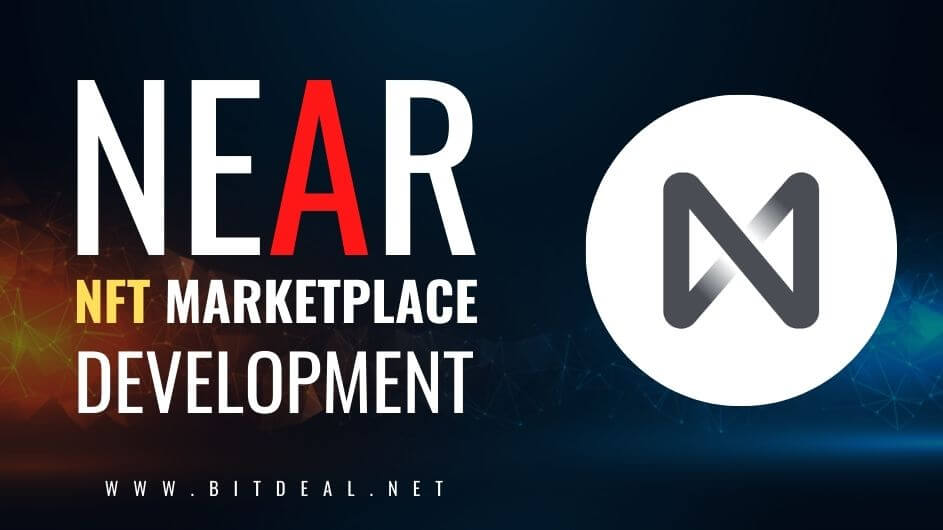 As the crypto globe is being drifted towards NFTs, the nonfungible tokens, this paves way for the creation of more & more NFTs & NFT marketplaces each day. Ethereum being the most preferred blockchain network possesses many NFT projects on it.

Here let us look at the best alternative Blockchain network to build your own NFTs & NFT Marketplace, which is known as “Ethereum Killer”, The NEAR blockchain.

What is the NEAR Blockchain Protocol?

NEAR Blockchain was created with a motto to provide the best-decentralized applications by focusing on eliminating the issues in all other platforms in the crypto space. NEAR network operates with Proof of stake (PoS) blockchain to reduce costs & also for improvement of scalability through the implementation of various features.

NEAR takes a different way of approach by introducing a new block generation algorithm named, "Doomslug" which was proposed in 2019.
With the NEAR blockchain, we can scale up to billions of transactions in a completely decentralized way.

The main issue with all other blockchains is the high gas fees. Ethereum, the popular blockchain network, has fees that cross more than hundreds of dollars making it impractical for the development of NFTs on it.

The NEAR Protocol, which is a scalable blockchain, simplifies & accelerates decentralized applications.

The Significant Benefits of NEAR Over Ethereum Are

Currently, there are 19 apps running on the NEAR protocol, making this ideal for NFT Development.

Specialties of NEAR Blockchain

NEAR is the outcome of a small community of researchers & developers called the NEAR Collective. The NEAR collective consists of organizations & individual contributors who constantly work to ensure the functioning of NEAR and its improvement.

Some of The Special features of The NEAR Protocol Are

The Combo of NEAR & NFT

NFTs are nothing but unique assets that record information on smart contracts. This information is one that makes each NFT unique.

The NEAR Protocol is the perfect destination for the creation of NFTs. As NEAR blockchain has many advantages over Ethereum such as negligible fees and faster transactions.

As discussed earlier, there are already several NFT projects created on the NEAR blockchain.

Notable NFT Projects on NEAR

Already there are several NFT platforms on NEAR. Let us look at the top 3 popular NFT Platforms.

Mintbase was created by Nate Geier and Calorine Wend in 2018.Mintbase raised $1M from seed funding in 2020. The Mintable platform allows its users to create & sell digital assets that are backed by NFTs.

These assets can be from event tickets to crypto art & everything in this world.Minters can create smart contracts & limit the transferability of tokens, helps prevent fraud & also illegal transfer of unique items.

Reasons for Mintbase Switching To NEAR

Initially, Mintbase was built on Ethereum and now it is switched to NEAR protocol because of Gas Fees.

Some other reasons why Mintable switched to NEAR are as follows:

Paras is a NEAR Based all-in-one digital art card marketplace that can validate ownership & give access for each purchase.

This platform neglects barriers & provides artists an easy way to access digital assets.
Paras is in the process of developing a Digital Art Card vertical for future artists, creatives, artists, and gamers to create collections that link to a theme or lore.

Why is NEAR Best Suited For Paras?

The demand for Ethereum drives high costs, so NFT creators look for alternative solutions. The transactions on NEAR can cost only a few cents and the transactions are highly efficient.
The Rainbow Bridge ensures NEAR will be interoperable with Ethereum assets.

Hip Hop Heads was created in collaboration with the Universal Hip Hop Museum.
The illustration exists as a collection of 47 that implies 47 years of the Hip Hop era. The first edition was named depending on the artist's place in the history of Hip Hop.

Why Do Hip-Hop Heads Choose NEAR Protocol?

With the NEAR protocol, the Hip Hop Heads collections are accessible completely.
NFT Royalties on the NEAR Protocol are written into the NFT Code that allows creators to gain royalties.NEAR offers the artists & creators control over their NFT.

NFT Development on NEAR Blockchain

NEAR makes it easy to build dapps and NFTs.NEAR is one of the most promising protocols in the crypto globe and provides faster, cheaper, and easier space for developing NFTs and NFT Marketplace.

We are a Leading Blockchain Development Company that provides A to Z blockchain-related services & solutions. We work on popular blockchain platforms such as Ethereum, EOS, Polygon, Solana, and more.

By knowing the potential of NFTs and their fast adoption, we offer NFT Solutions for all industries and businesses. Some of the NFT Solutions we provide includes,

By knowing the hidden significance of the NEAR protocol, we started developing & deploying Dapps, NFTs, and NFT Marketplaces on the NEAR Blockchain network.

Some of the solutions we provide by leveraging NEAR are as follows:

Get a free quote from Bitdeal now !!