How To Development NFT Marketplace On Polkadot ? 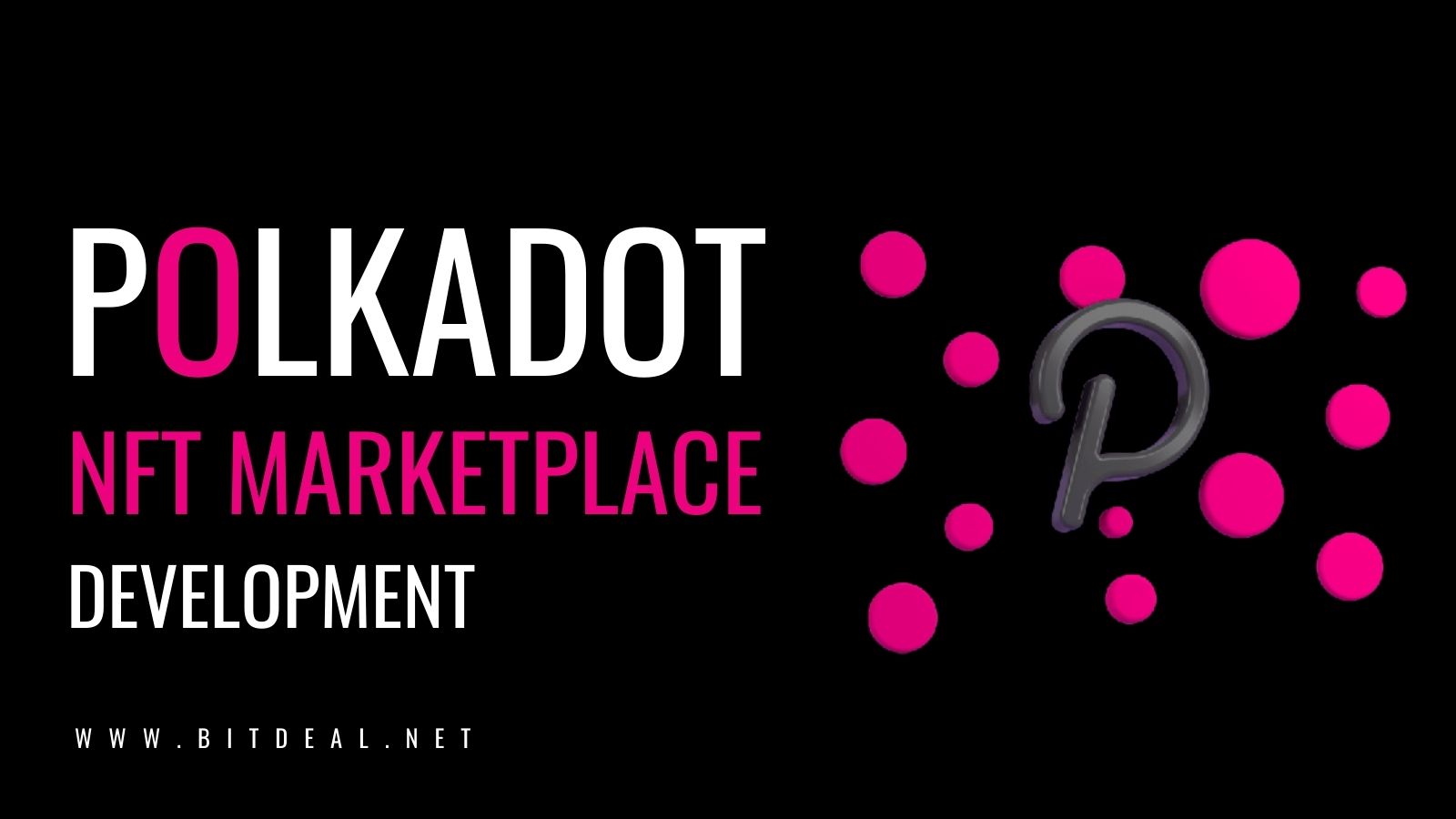 Polkadot NFT Marketplace Development is the complete technical process of building a NFT Marketplace on the Polkadot blockchain with major consideration of cross-chain compatibility with highly secured and rich user-friendly features.

Polkadot is a feasible alternative to ethereum’s high computing energy consumption. It's completely decentralized, interoperable, and scalable. Let’s take a closer look at how an NFT marketplace can benefit the Polkadot blockchain network. Polkadot is a protocol that enables data to be transferred between blockchain systems, providing an ecosystem for launching DeFi infrastructure for heterogeneous sharding, adaptability, and transparency.

Polkadot is a sharded multichain network that handles several transactions on multiple chains, eliminating bottlenecks that existed in prior networks that processed transactions one at a time. Polkadot promotes scalability and establishes the appropriate circumstances for further acceptance and future growth. Since it employs parallel processing power. Because they run concurrently on the network, the sharded chains linked to Polkadot are referred to as parachains.

NFT is being linked with the Polkadot network to make it easier for digital content providers to get their work done by providing a platform for a Polkadot. It gives digital creators a decentralized platform to show off their uncommon gems. Enjin has announced the creation of Efinity, a Polkadot NFT marketplace blockchain that is expected to provide increased scalability for individuals who join the NFT marketplace in the coming years. The Polkadot marketplace blockchain platforms specification discloses that transactions are processed every six seconds. Proof of stake will be used by the platform’s developers to enable scalability of up to 1000 transactions per second. This NFt marketplace on the Polkadot blockchain is designed to serve as a parachain on the Polkadot network, addressing major flaws that the previous platform has.

With the heterogenous sharding concept, Polkadot can connect several chains in a single network. The parallel segregation of data minimizes the strain of the chains, allowing them to conduct transactions more quickly and securely transmit data across them.

DOT holders govern the Polkadot network, where they propose and vote on ideas to upgrade the Polkadot protocol, and these voting and proposal creation processes are transparent.

Shards can connect, value, exchange, and share functionality with external networks due to cross-chain communication.

Polkadot’s transparent on-chain governance mechanism governs and supports the capability of the blockchain system to increase itself without the need for chain forks. As a consequence, the Polkadot system evolves in tandem with technological advancements.

The parallel model will assist in overcoming the challenges of the standard transaction. Its vision includes tiered relay chains to improve the network’s shards.

The platform's open on-chain governance enables and manages networks to advance without the need for involvement from chain people. It adapts its project to the changing technological landscape.

Polkadot’s cross-chain communications are handled by intellectual governance mechanisms. The holders of governance tokens come up with ideas and vote on how to develop the system.

Why is Polkadot the best platform to create a white-label NFT marketplace?

The Polkadot blockchain network is an exact example of decentralization. All investors have voting and decision-making rights.  As a result, it ensures that disagreements are resolved quickly and the [platform is transparent. There are several parachains that lead to more freedom on Polkadot. The DOT native token can be used to vote on various proposals.

You, as an entrepreneur, can profit from cost-effective business operations. The Pay-As-You-Go model is used by Parathreads. Chains don't need to be connected to the Polkadot network all the time.

Polkadot has a number of advantages including a simple bridge with bitcoin, litecoin, easy interaction choices for ethereum smart contracts, real-time accessibility of off-chain data, and rapid communication.

Why  Bitdeal  For NFT Marketplace Development ?

Bitdeal, NFT Development Company acts as a stepping stone for the establishment of many blockchain-based businesses. Experience and excitement for blockchain technology open up incredible possibilities for providing a dependable solution for cryptocurrency business development.

Also, we provide NFT marketplace development services for various use cases and industries, check out the services listed below

We are ready to delight you with cutting-edge NFT marketplace development services, bring your requirements, we make NFT work in real-world applications.