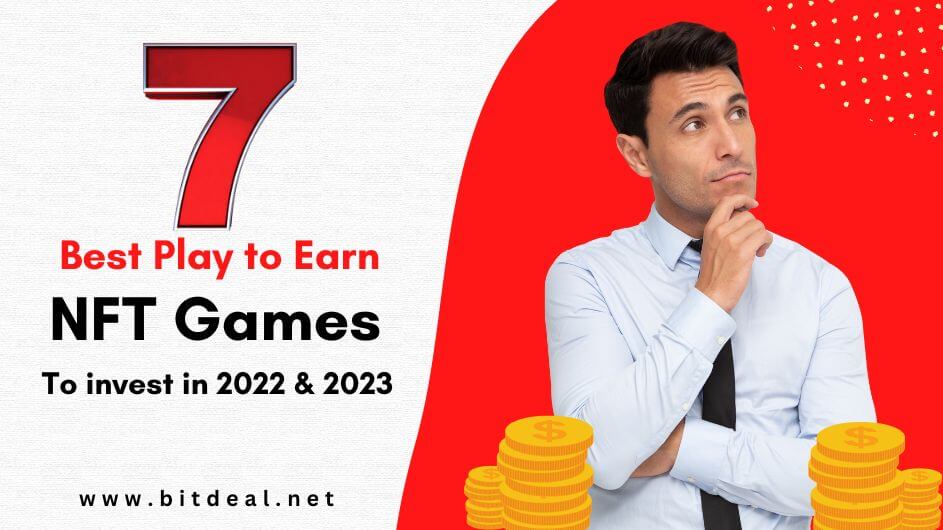 Each and every day the popularity of NFT Games is rising rapidly. Every NFT games allows the users to earn ultimate rewards in the form of cryptos.We have listed some of the top trending games that provide you with earnings while playing.

What is Play to Earn NFT Games?

Play to Earn Games are Blockchain related games where any gamers and gamblers can play and can make more money by playing, gamling, trading game based assets etc.

Nowadays the popularity of NFT Games are rising day by day. NFT Play to Earn games is not just an ordinary game, it is a kind of game through which gamers and traders can play and Earn NFT Tokens Which can be Traded on later. In play to earn NFT games players enough control and Ownership over their digital assets. The players were recommended to play strategically by breeding or creating new game characters, buy digital collectibles on the primary or from other third party platforms or unlock as well as play and earn new ones.

Highlights of this Ember Sword game

Guild of Guardians is a newly launched NFT mobile Role-Playing Game (RPG). In this game the Players select their guards and join any guild competitions to play and earn the rewards. Before the launch of this game there were 100K+ users on the waitlist.

Highlights of this Guid of Guardians Game

The Sandbox is one of the top trending decentralized world-building game that uses the blockchain technology. It is the gaming platform which allows the users and gamers to play, create and monetise voxel assets and gaming experiences.

Alien Worlds is another trending blockchain related metaverse game where gamers can play to earn NFTs and cryptocurrencies. In this game Players get the chance to mine the in-game token Trilium, battle the other explorers and earn huge commissions from their virtual real estate.

Alien Worlds game was Launched in December 2020, and it has surpassed over 5M+ users in 2021 and now it has become a boom among the gamers. We can also say this Alien Worlds game is one of the most successful blockchain games.

Highlights of this Alien Worlds

Axie Infinity is now a trending blockchain based online game taking the non fungible tokens (NFT’s) sector by storm. Axie Infinity is a Pokemon influenced  role-playing game, In this the players can battle, collect and breed the pet-like creatures. In a short time after the launch of this game it grabbed a huge number of fans globally.

Highlights of this Axie Infinity

Meta Cricket League (MCL) is one of the world's top play-to-earn Metaverse NFT cricket game. You might have heard of games which are based on pet breeding, monster battles, battle war, racing, etc. First time in the industry, Jump.trade is coming up with the Meta Cricket League This is the  first ever P2E Cricket NFT game. This is a great opportunity for cricket fans and NFT enthusiasts to make money and earn exciting rewards by playing.

Gods Unchained is one of the  blockchain related trading card game (TCG)
In Gods Unchained, Gamers make their players participate in card battles with other players. The first advantage of this game is that each and every new player will receive a free set of cards so that the players can start playing for free. In this game by trading  the cards with other players in-game NFT Marketplace you can create an even stronger deck. The second advantage of this game is it offers rewards in the form of its primary GODS token.

7 Best Play to Earn NFT Games to invest ...
586
Prev Next
Contact US
Let's Talk About Your Next Move.