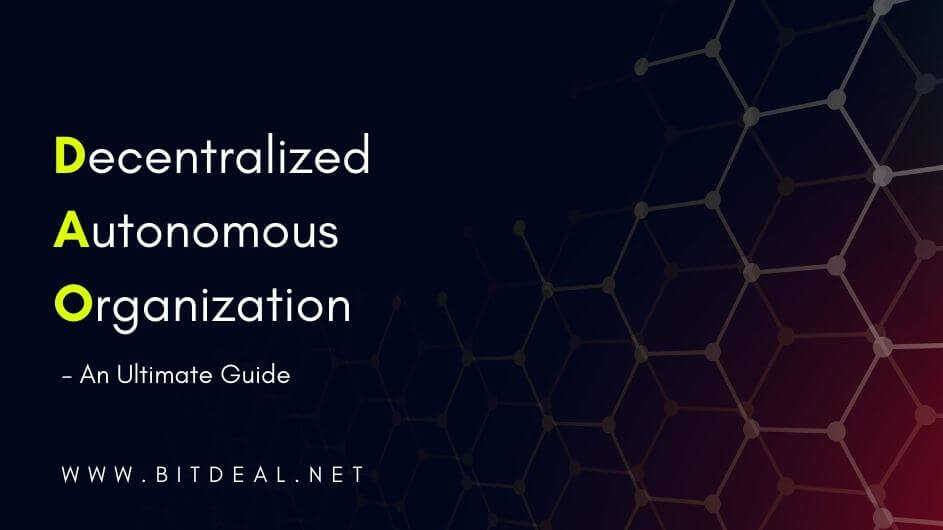 Creating a safe environment for all like-minded people to work together is the greatest challenge and the concept of DAO makes it easy.

Unaware about DAOs? , swipe down to know about DAO & its significance.

Without any delay, let's dive deep into the article.

DAOs are a new path that creates an effective & safe space for all like-minded people around the world to work together.

A DAO is a community-led entity that is completely autonomous & transparent with the presence of no central authority.

In DAO, the smart contracts lay the foundational rules, execute based on the decisions, and at any point, voting, proposals & code can be publicly audited. In turn, a DAO is wholly governed by individuals who make critical decisions about the future of the projects which includes upgrades along with treasury allocations.

How Does DAO Work?

The rules of DAO are written by the community members of the core team with the use of smart contracts. These smart contracts hold the foundational framework through which DAO operates.

These smart contracts are visible, verifiable, and publicly auditable which helps anyone in the community to completely understand the function of each protocol on every step.
When the rules are written on the blockchain, the next step is to collect funds. The DAO needs to know the receiving of funds & bestow governance.

This is usually achieved via token issuance, through which the protocol sells tokens for raising funds and fills the DAO treasury.

For the given fiat, the token holders receive certain voting rights proportional to their holdings. After the completion of funding, the DAO is ready for deployment.

At this stage, the code is pushed into production, it will no longer be changed by anyone other than a consensus reached via voting. This implies that no special authority can change the rules of DAO & this is up to the community of token holders to decide.

Why Do We Need DAOs?

Launching an organization with someone who involves funding & money needs a lot of trust in the people that you decided to work with. Trusting someone who ever interacted with the internet is very hard. With DAOs, when you start an organization, you don't have to trust anyone in the group. Since DAO's code is completely transparent & verifiable by anyone.
Thus, this DAO creates a new way for global collaboration & coordination.

There are some important difference between DAO & traditional organization which includes,

What Are The Benefits Of DAOs Over Legal Contracts?

Apart from these by using cryptos registered on the blockchain, it is highly possible to raise money more than using fiat via traditional banks.

How To Make Money With DAO?

DAO makes money through the dividends from the investments made by the organization. People who initiate a DAO can also earn money by convincing others to make investments in them individually based on their business ideas.

The rise of NFTs & cryptocurrencies has made them come back of DAOs which had a massive fall in the year 2016. Mark Cuban, called DAO "the ultimate combination of capitalism & progressivism".

By making collective decisions, entrepreneurs can make a lot of money with DAOs if the community "excels at governance".

What Are Some Examples Of DAOs?

Listed here are some of the DAOs to check out.

DAOhaus - DAOhaus is a no-code platform to launch & run DAOs.

MakerDAO - If you contribute to the protocol that introduced the world's first unbiased stable coin, you get involved in governance by voting.

BanklessDAO - This platform assists in spreading the Web3 word & educating the masses via content.

RaidGuild - It is a service-based DAO stemming from MetaCartel which is deeply entrenched in the Web 3 world.

MolochDAO  - It is an advanced Ethereum ecosystem which is also known as OG DAO.

DAOs will shape the way companies in the future invest & gain funds. Billionaire Mark Cuban says that "In five years, all the companies will never have equity anymore. Instead, they will have tokens and they will be represented as DAOs, the decentralized autonomous organizations.

We Bitdeal - Leading Blockchain Development Company has experts who can help you in starting their own DAOs and make huge money with the implementation of cryptocurrency.

Still, confused about how DAOs can help you in business development & money-making. Get Free Consultation From Our Experts Now !!

Get  A Free Consultation From Bitdeal Now !!