How to create an NFT based Gaming Platform like Alien Worlds? 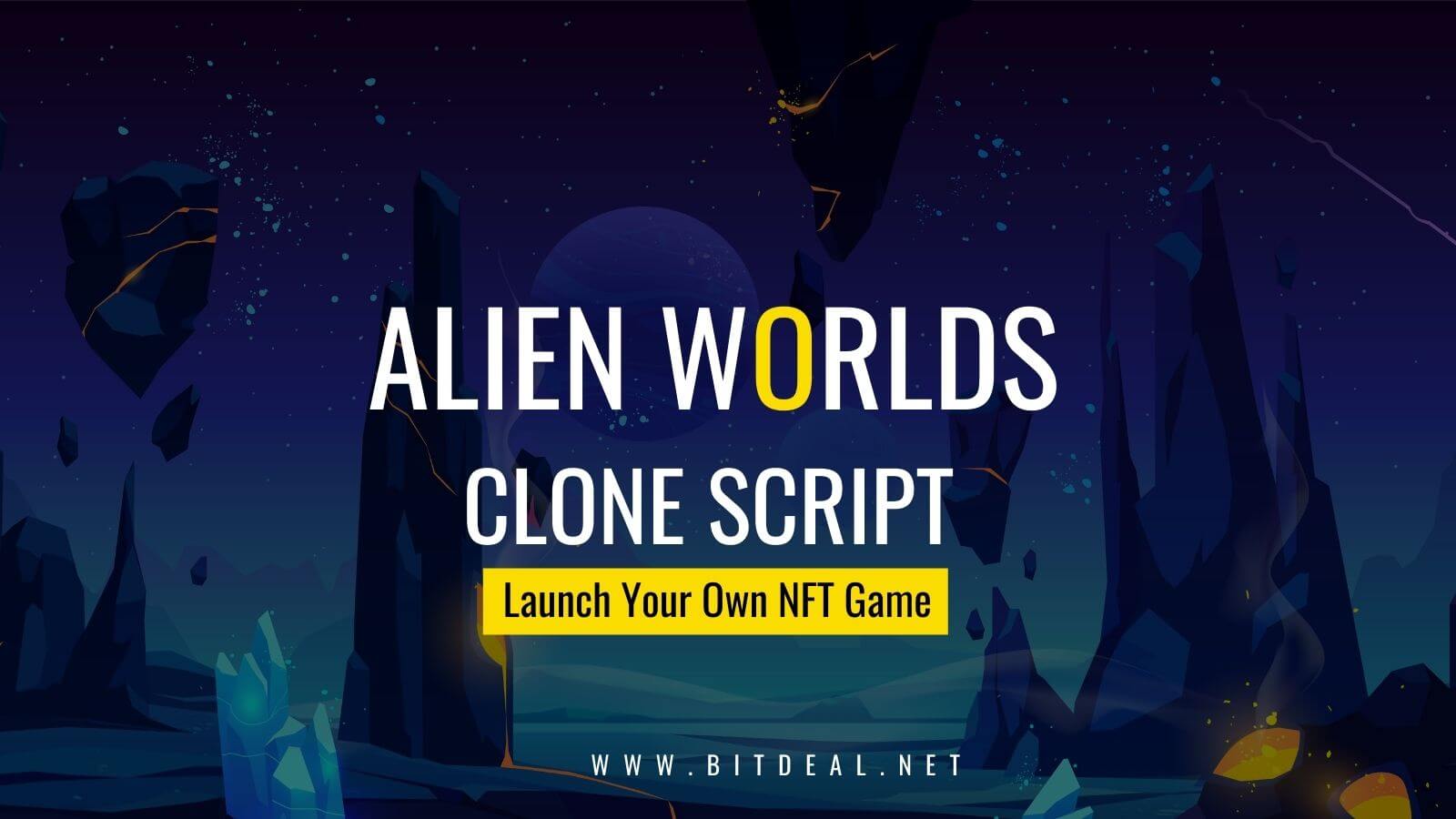 Alien Worlds Clone Script is a decentralized NFT Gaming Marketplace Script that replicates the functions and features of Alien Worlds. Alien Worlds clone script is an instant ready-to-launch solution to launch your own NFT Game with features like minion, cards, avatars, Land, and more as the features present in Alien Worlds, the most played blockchain-based NFT Game in recent days.

Here are the reasons to go with Alien Worlds clone script and benefits over developing an NFT Gaming Platform from Scratch.

It allows players to stake Trilium with which they can vote & increase the Planetary rewards in the pool.

Allows for participating in weekly elections and submitting proposals on the way to distribute the planetary treasure.

For mining, fighting, and also for missions players can select any NFT Gamecards for their strategy on WAX, BSC, and Ethereum.

This feature allows for teleporting Trillium (TLM), between BSC, Ethereum, and WAX.

Here are the NFTs Gaming features inherited in our Alien Worlds Clone Script.

In this game, there are 4 levels of shininess namely,

Lower level items can be forged together for increasing their shine and also attributes.

In Alien World, Land is a series of NFTs that represent parcels of land on the planets in Alien Worlds. If any players own land, they can either mine by themselves or charge people who can mine on their land commission.

Minions are used by communities and they are the NFTs used in the fighting games. Minions are eagerly awaiting the games all over the metaverse.

In this platform, each player is given a free shovel for beginning with whose mining power is very limited. There are many tools and different tools have different strengths and weaknesses. Players can use 3 tools at the same time in the platform.
Weapons

Weapons NFTs are used by developers and communities throughout the Metaverses which have both an attack rating & defensive rating. Weapons NFTs used by explorers in fighting games.

These are earned during missions on Metaverse. In Alien Worlds there are 3 different Mission NFTs which includes,

Users can use smart contracts and participate in gaming to build their own Mission NFTs.

Avatars are nothing but NFTgamecards that contain your face and which you can utilize to play the game. The avatars which are offered by Federation involves

Why Start an NFT Gaming Platform like Alien Worlds?

Some of the NFT Services from Bitdeal are as follows :

Some of the Blockchain Platform we develop and deploy NFT Marketplace and NFT Gaming Platform includes,

Some of the industries we serve NFT solutions include

Why Alien Clone Script from Bitdeal?

Get a Free Demo of Alien Clone Script from Bitdeal Now!